Would you believe that a paralyzed man can write again? Through spectacular neuroscience, the new text-to-thought method made it possible for this man to text 90 characters every minute.

This is the first time for such a phenomenon to happen through experts who focused their works towards the development of a brain-computer interface.

The Magic Behind Man's Handwriting Miracle 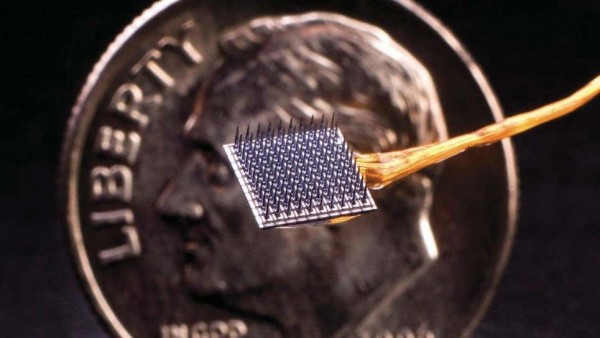 This incident is not "literally" giving credit to magic, but to a study entitled "High-performance brain-to-text communication via handwriting" published on Nature.

Through the collaboration with BrainGate, researchers were able to create a system that helps people with motor impairments and speech defects to communicate effectively using different forms of writing such as email and text.

In real-time, it may seem impossible to type a text, which relies on thought processing, but that is not the case anymore. In fact, brain signals can be translated into the text to make this happen.

The man can now type 16 words per minute which is a whopping feat for someone who can't fully move his body. The incorporation of the machine learning algorithm is vital in the process since it is assigned for breaking the code into signals. Additionally, it also relies on brain implants.

Over the years, the BrainGate consortium had been keen on developing brain-computer interfaces (BCIs). This includes the 2012 creation of a brain-controlled robotic arm, as well as the recently-created high-bandwidth wireless BCI.

Project leader, Frank Willet, together with his team has spearheaded the advancement of the handwriting brain-computer interface which will be one of the most significant contributions in the field of neuroscience.

Monkey Was the First Subject of the Thought-to-Text System

At a text rate of 12 words per minute, the monkey was seen by the scientists to be an effective specimen for the 2017 test involving the thought-to-text system.

As the year advances, many improvements have been added to the research. Before, a paralyzed person can only type 40 characters per minute or eight words per 60 seconds.

In an emailed statement, Jaimie Henderson, one of the co-authors in the study, said that the 2017 paper paved the way for them to double the typing speed of a paralyzed person using the various approach.

There was only a single participant who was involved in the latest brain-computer interface study: an old man of 65 years old who sustained several spinal cord damage which paralyzed him.

"Two sensors, each measuring 4x4 mm, about the size of a baby aspirin, with 100 hair-fine electrodes, were placed in the outer layers of the brain's motor cortex-the area that controls movement on the opposite side of the body," Henderson said.

He further explained that the electrodes are capable of recording signals coming from 100 neurons. Later, the computer will decode the activity of the brain which is linked to text writing, Gizmodo reported.

In the experiment, the paralyzed man tried to move his hand to start writing. You can imagine someone doing things using his mind. This is not telekinesis, but only the wonders of science.

After the man envisioned scribbling the text with a pen on yellow paper, each letter that he thinks is being decoded and later undergoes identification with the help of a neural network.

The experiment appears to be 95% accurate according to Henderson. This could also be compared to the typing speed of people above 65 years old on their mobile devices.

Moving forward, the team will be studying how the brain corresponds to the movements of the limbs, as well as the process of speech generation in the chief organ of the nervous system.