Xiaomi's first premium TWS earphones, FlipBuds Pro has been announced for the Chinese market at the moment. While the usual Active Noise Cancellation (ANC) is oftentimes a key feature to such a wearable product, its three-mic system has been on the rise among the waiting users.

The company also boasts its dual-transparency mode feature which will let the users do two things at the same time, like in the case of listening to the music and listening to the sounds around the environment.

What are its other key features that everyone should see? 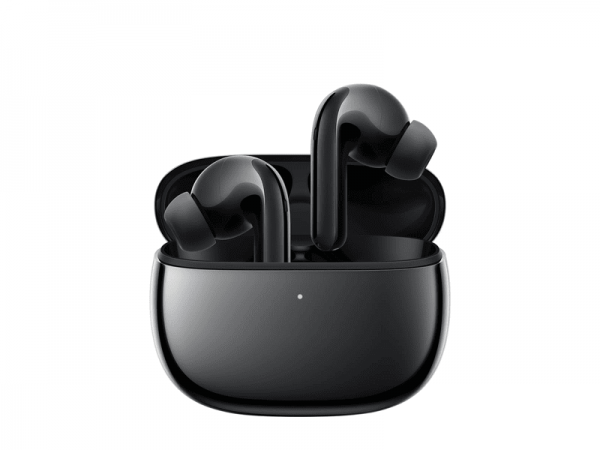 (Photo : Xiaomi)
Xiaomi FlipBuds Pro will be launching in China next week. Besides its ANC feature, it is also packed with a Qualcomm chip for its more powerful specs.

According to the latest report of Notebook Check, the upcoming high-end FlipBuds Pro can be purchased for 799 Chinese Yuan (US$124). The only thing that Xiaomi announced is its key features and its launch date that will begin on May 21.

If you are expecting its global launch next week, the Chinese manufacturer has not yet disclosed any information if the premium ANC-boosted FlipBuds Pro could be available to some countries other than its origin.

More than its ravishing ANC feature, Xiaomi's FlipBuds Pro will arrive with ultra-dynamic drivers (11mm) which will have a 16-ohm impedance. Additionally, what made this a worthy wearable to purchase is its three-mic system which aids its active noise cancellation system.

Specifically, this means that the wireless earbuds consist of three different modes of noise cancellation which comes in the form of Air Travel mode, Daily mode, and Office mode

If you want to diminish the moderate sounds such as those that come from the air-conditioner and computers, you may select the Office mode. If you are annoyed by a series of ambient noise, you can use the Daily mode.

Lastly, the Air Travel mode will be useful especially if you are in travel so the sound from the aircraft will be reduced. Your ear pressure will also be balanced upon using this mode.

It's also noteworthy to consider that this new-gen earbud will be donning a Qualcomm QCC5151 chip for its highly improved audio output with the help of filters and a built-in mic for the surrounding sound.

For gamers, the low latency of FlipBuds Pro will be a big help, in addition to its stellar touch gesture support. More surprisingly, it also allows a two-way connection where you can link the earbuds into two devices at the same time. It is compatible with the aptX Adaptive Dynamic Codec Protocol thanks to its powerful processor.

While we have no idea about the capacity of its battery, Xiaomi said that its 28-hour battery life is possible when the ANC is disabled. Meanwhile, when the active-noise feature is turned on, the battery is guaranteed to last for up to 22 hours of usage.

On a single charge, it's amazing to know that the FlipBuds Pro can render a seven-hour backup while if it is in use, we could hope of its five-hour backup, TechnoSports reported.

Aside from these specs, its Qi wireless charging will be a trend for USB-C users. In a close encounter, the FlipBuds Pro could resemble the appearance of the Apple AirPods. When it comes to connectivity, it supports Bluetooth 5.2, Bluetooth Low Energy, SPP, ACRCP, HFP, and A2DP.