Users have long been waiting for Instagram to allow them to post their selfies and other photos and videos on their desktop. Finally, as an app developer and analyst revealed, you may soon expect to do just that!

Instagram, since launched, only allowed users to post on mobile or tablet. People may access the said social network on desktop, but are limited to viewing posts and stories only.

In addition, Instagram Stories on the web had an update, in 2020, that would allow it not to block the entire screen. 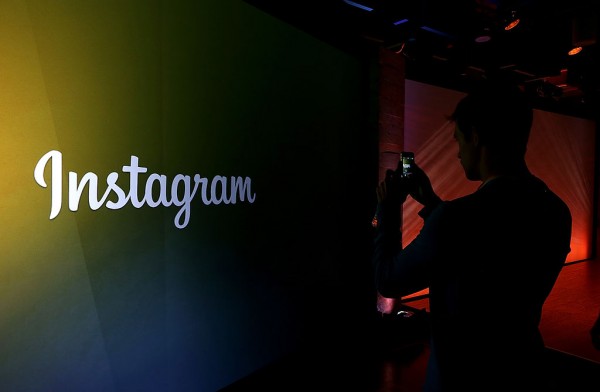 (Photo : by Justin Sullivan/Getty Images)
MENLO PARK, CA - JUNE 20: An attendee takes a photo of the instagram logo during a press event at Facebook headquarters on June 20, 2013 in Menlo Park, California. Facebook announced that its photo-sharing subsidiary Instagram will now allow users to take and share video.

The good news for web users comes after Alessandro Paluzzi, mobile developer and analyst, has enabled the new feature in his profile, 9to5Mac reported.

The app analyst tweeted a screenshot of an updated interface of Instagram on the desktop. He said that the social media app is in the works of allowing posts on the website.

His Tweet also showed that users will also be allowed to crop their images before posting on the web. Filters, similar to the app, will also be available on the desktop.

However, the developer did not disclose any exact date for the rollout of the sought-after feature, 9to5mac said in the same report. On the other hand, Instagram has not made any official announcement yet.

But, by the looks of it, from Paluzzi's screenshots, it is ready to see the day of light, Android Central said in a report.

It is still also unclear if it will be available to all desktop users or it will only be limited to professional accounts. The said type of account could be under the Business or Creator category.

The social network launched two new features, in 2020, for its desktop mode. It includes the ability to send direct messages and to watch live streaming. Both options, similar to posting, used to be exclusively available on the app.

It comes at a significant time, as the COVID-19 pandemic has forced social media users to stay at home. Hence, more of its users may be sitting in front of their web browsers on the desktop. Unlike pre-pandemic, wherein most people are on the go with a smartphone on their palms.

Read Also: How to Turn Off Message Requests From People You Don't Know and Follow On Instagram

The social media giant -- in the name of inclusivity -- added multiple pronouns to its user's profile. And here's how to add them to your profile.

In the meantime, however, it is only limited to some countries. Also, the said feature is not available on the desktop.

Related Article: Instagram Users Now Have the Choice to Hide 'Like' Counts in Latest Test--Way to Lessen Social Pressure?