SpaceX has proven that Starlink-26's launch on Saturday, May 15 was a massive success for the space agency. In the next six weeks, the aerospace company will be preparing to release eight more Falcon 9 rockets for another Starlink mission. 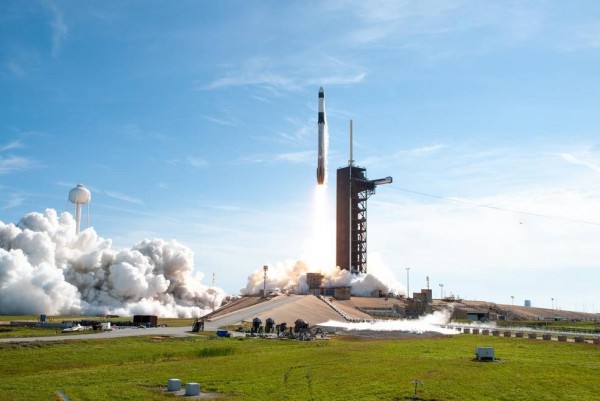 (Photo : NASA's Kennedy Space Center (@NASAKennedy) from Twitter)
SpaceX is now on its way to launch eight Falcon 9 rockets in six weeks as part of its Starlink mission.

The bad weather was a sign of stoppage for the astronomers and space experts, but for SpaceX, this serves as a motivation for its Starlink launch on April 23. At the time, the company had unleashed the Falcon 9 booster which carried four astronauts aboard. Moreover, the Dragon capsule was also involved in the majestic space adventure.

SpaceX has notched another successful release of its Starlink, its 24th release after six days. The next moment, the aerospace manufacturer has carried out its accomplishment of freeing a Falcon 9 booster en route to its ten orbital-class launch completions on May 9.

Before that, SpaceX managed to deliver 60-satellite Starlink endeavors on May 4. Five days later, another 60 Starlink satellites were released in space.

The latest Starlink launch involving the Falcon on May 15 is said to fly with 52 internet satellites, as well as two third-party payloads to finish the fourth Starlink flight of Space X, Teslarati reported.

While SpaceX's mission seems to be nearing its end, it's actually far from over at this period. Even though it managed to recover its five boosters, and even delivered 234 satellites, five Falcon 9 rockets, and four astronauts into space in 22 days, there's still a long way to go for Elon Musk's crew.

Space Says Starlink v1.0 L28 Mission to Star No Earlier than May 26

For this flight, the Falcon 9 booster B1063 will be used to finish this mission. The said booster has been previously used at Vandenberg Air Force Base in California last November. The Starlink-28 will mark its second release.

🧪 The SpaceX Dragon spacecraft will deliver science investigations, supplies and equipment to the @Space_Station: https://t.co/CJJ1VAQHcm pic.twitter.com/lICKFS3Hha

Meanwhile, the seven-ton SXM-8 radio satellite of SiriusXM will be coming this May for its June 1st flight at 12:25 AM EDT (4:25 UTC).

An upcoming new Falcon 9 booster may be arriving with the revamped Cargo Dragon which underwent an upgrade for the resupply mission of NASA's CRS-22 space station. The international space agency said that it would happen on June 3 at 1 PM EDT (15:00 UTC).

In less than six weeks or 41 days, SpaceX is now readying for the next Falcon 9 rocket launch which conveys 300 orbiting satellites, four astronauts, and two Dragon spacecraft.

This means that if SpaceX succeeds in its average space launch every five days, there will be an undisputed improvement for its 2021 flight--a pattern of 45% alone. Currently, the company manages to finish 26% of its flights.