SpaceX has successfully recycled its Falcon 9 rocket into orbit. The reusable rocket has been launched for the 10th time and at this moment--60 Starlink satellites from Florida have been released.

This was the first time that the space transportation company has made use of rockets multiple times.

SpaceX Relies on Reusing its Falcon 9 Rocket for this Project 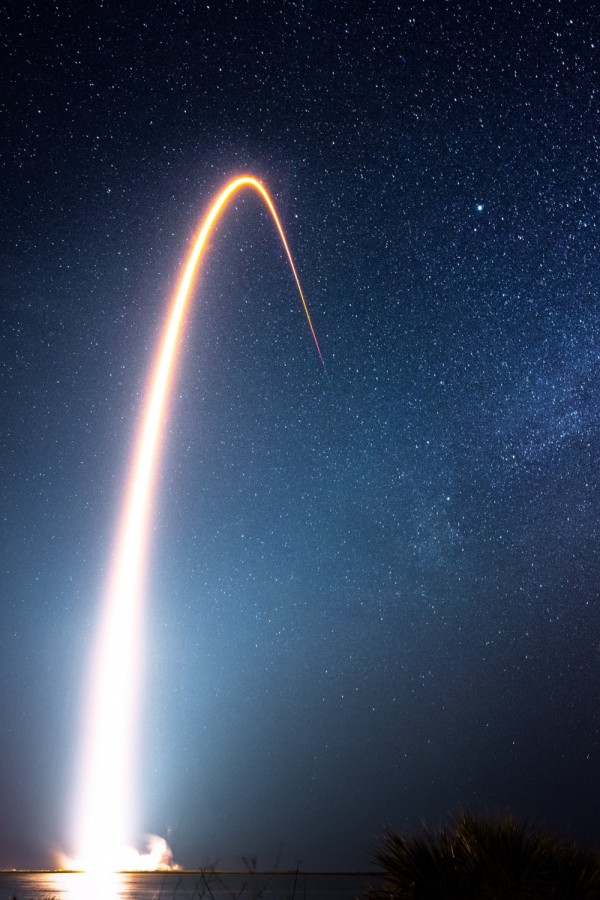 In a report by Mashable written on Monday, May 10, SpaceX has triumphed with its claims to reuse its rocket on Sunday, May 9.

For SpaceX CEO Elon Musk, the said move is the first booster of the company for its "double digits in flights." Musk said that before appearing on "Saturday Night Live" last May 8.

Moreover, this was the most recent mission of SpaceX which tackles the deployment of Starlink, an internet service that relies on the satellite. The said internet provider is gearing to serve all people around the world.

At the moment, there are approximately 1,5000 Starlink satellites in orbit. Since October 2020, more users have been active in following and waiting for the beta program in the United States, and even in other countries.

The first stage of the Falcon 9 rocket's flight has touched down on the drone ship named "Just Read the Instructions" for its 10th launch completion towards its landing.

After nearly nine minutes after the liftoff, SpaceX unleashed the group of satellites in orbit.

In the video, the deployment of Starlink satellites was shown and how they separated from the rocket. The satellites were grouped as a unit, and later they detached.

Furthermore, the solar panels were deployed and in the following days, they scattered in the orbit. The previous nine flights that the Falcon 9 rocket endured is commendable before its Sunday release. The first time that it flew to orbit was in 2019.

Is There an 11th Launch for SpaceX's Falcon 9 Rocket?

According to SpaceX boss, Elon Musk's April 23 statement, there seems to be no "obvious limit" for the rocket's reusability, Space News reported.

What the company aims for in this feat is the use of its Starlink satellites to exceed the booster's boundaries. However, there was a time when Starlink failed in February. The booster has made it to orbit, but it did not land.

"We do intend to fly the Falcon 9 booster until we see some kind of a failure with the Starlink missions, have that be a life-leader," Musk stated during the briefing.

The 49-year-old businessman noted at that time that the tenth flight would come soon. He highlighted its reusability, but he also thought the problem posed to the rockets.

At the moment, SpaceX has not yet released any details if there is an upcoming eleventh release of the rocket. The latest launch, however, is a big jumpstart that it is possible to happen again.