AMD is going full-blast with the Zen architecture, and it's not just their Ryzen chips that are getting a massive boost come Zen 4. Case in point, their new line of EPYC processors are going to be even more... epic (pun totally intended).

TweakTown reports that a certain AMD roadmap for Zen 4 was just recently leaked, and it showed very interesting tidbits for the next-generation EPYC server CPUs. Namely, the 7004 series will be featuring a monstrous 96 cores and 192 threads. That's frankly insane. 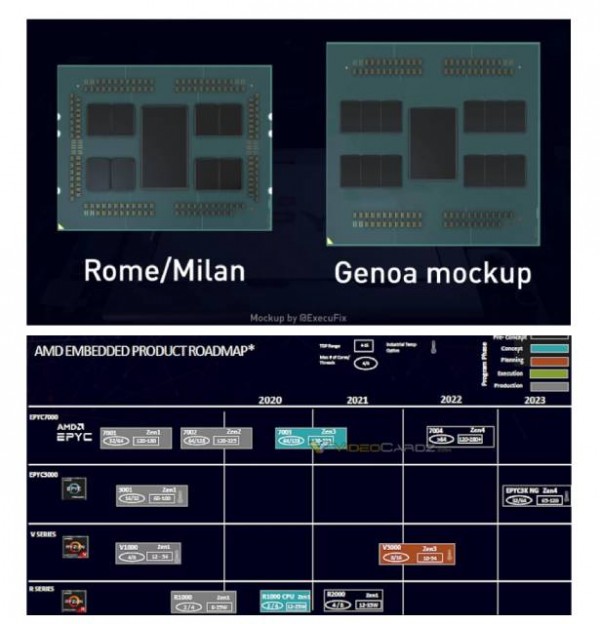 Based on the very efficient 5nm process by TSMC, these Genoa EPYC CPUs are slated to be among the most powerful chips made for this generation. And the IPC improvement from previous gen is extremely significant: according to a report by WCCFTech, there's a projected 29% IPC increase, as well as a 40% overall performance improvement.

With these Genoa chips, AMD's EPYC line is expected to power more industries and encroach on Intel's market share, specifically in the data center market. It's something they've been doing ever since the launch of first-generation Zen chips, and it doesn't seem like they ever plan on slowing down.

EPYC Genoa Chips: The Beast Within

Let's try to see what's bringing all those 96 cores and 192 threads to AMD's Zen 4 EPYC processors, and which specific cutting-edge tech will be added to complement them.

To achieve the extremely high core count, AMD is packing a massive 12 CCDs into one chip, each with 8 Zen 4 cores. A typical quad-core Ryzen chip will only feature a single CCD, for comparison. Of course, all those cores will have SMT (simultaneous multithreading) support to bring the thread count up to 192. The result is a processor package that's much larger than even a previous-gen EPYC CPU. 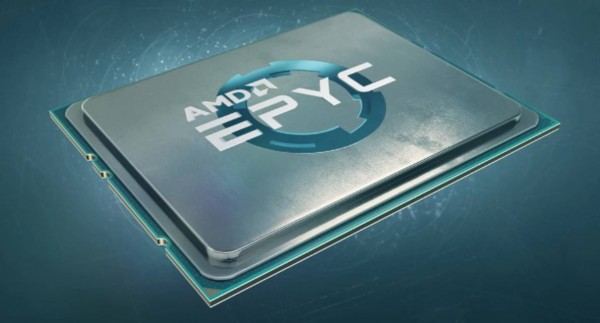 Of course, with that much power comes an equally gargantuan heat output. According to VideoCardz, the Genoa Zen 4 chips will have a basic TDP of 320 watts, which is configurable to upwards of 400 watts. Even one of the high-end consumer chips available today, the Ryzen 9 5950x, only tops out at 105 watts. No top-end consumer cooler, air or liquid, would be able to tame this beast once it starts rolling.

Lastly, the processors will be supporting 12-channel DDR5-5200 (and you thought quad channel was already huge), and will feature 128 PCIe 5.0 lanes on the LGA 6096 socket, as reported by a leaker to Kitguru.

With that much hardware within, it firmly puts the Genoa CPUs where no ordinary user will take advantage of their power: data centers and servers, which require chips like that to push billion-dollar industries forward.

Only For The Big Leagues

The data center market is still largely controlled by Intel. But with AMD's Zen 4 shadow looming on the horizon, Team Blue is probably not going to last long.

In fact, AMD has already been providing their EPYC processors to TSMC, one of the world's largest chip manufacturing companies. There's also the recent news about another line of EPYC CPUs to power Singapore's fastest supercomputer, whose job it will be to pump out billions upon billions of calculations in support of various scientific research endeavors.

Genoa chips are due for release sometime next year, shortly after the official announcement of Zen 4.

Related: AMD Zen 4 CPUs are Coming and Will be on an Insanely Small 5nm Node; IPC Improvement is Going to be Nuts