Samsung Display is rolling its sleeves as it prepares to unveil, in the Society for Information Display 2021, a multi-foldable phone, a rollable device, and more!

The South Korean giant will be boasting its innovative prowess in upcoming displays of its devices. 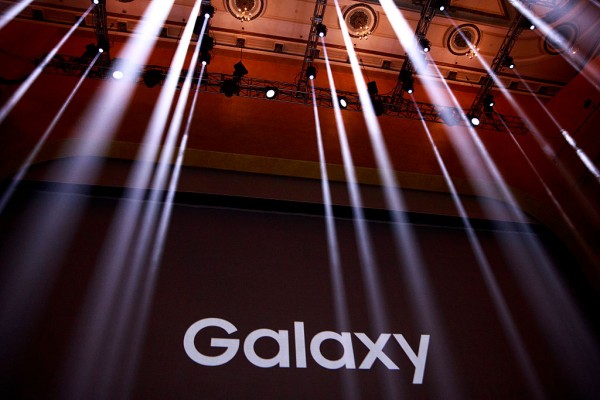 (Photo : by Drew Angerer/Getty Images)
NEW YORK, NY - AUGUST 2: A Samsung Galaxy logo is displayed on a screen prior to the start of a launch event for the Samsung Galaxy Note 7 at the Hammerstein Ballroom, August 2, 2016 in New York City. The stylus equipped smartphone will be available starting August 19, with preorders starting August 3.

When it comes to foldable smartphones Samsung is the leader, Android Authority reported. Rivals with a similar variant still lag or are still planning to wrestle the South Korean company in the bendable screen market.

And yet again, Samsung is set to show a new foldable phone. It will be the first time that people will see the S-folding (or Z-folding) in its actual form. 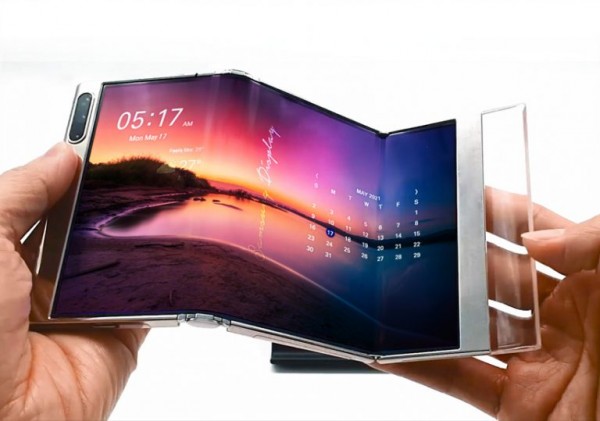 The multi-foldable display of Samsung is 7.2-inch big. The said device is the best of both worlds, as it can be a smartphone when folded, and a tablet when spread out.

The new display, GizmoChina reported, is slated to be seen in future flagship phones of Samsung. Accordingly, the company filed the trademark of the S-Foldable in both the European Union and South Korea in April 2021.

Also seen in the Display Week 2021 are the rollable phone, which is similar to LG's canceled device, and the under-screen selfie camera on a laptop, Samsung Display reported on its website.

Moreover, LG has been turning heads after it announced a rollable phone to be released soon. However, it was canceled along with the farewell of the company's smartphone division. 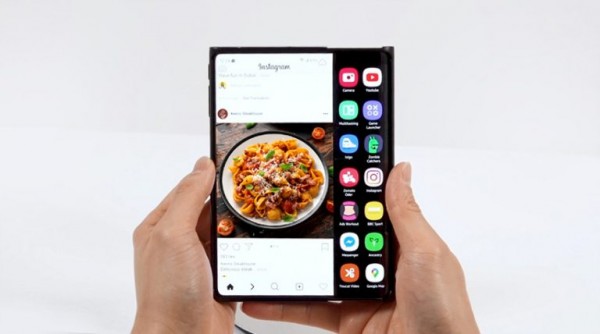 (Photo : From Samsung Display )
Also seen in the Display Week 2021, are the Samsung rollable phone, which is similar to LG’s canceled device, and the under-screen selfie camera on a laptop

So, it turns out it will be Samsung who could make the rollable screen a reality. Well, aside from OPPO, it released a similar phone in 2021.

Expect the rolling screen to be similar to LG's -- it also extends from the right side of the phone. It could, indeed, give users more screen display. And it's fancy enough to show off.

And lastly, Samsung will also unveil its take on the under-screen camera technology. But not for their smartphones, the said tech will be under a laptop!  Interestingly, a bezel-less laptop could use the said display tech.

Smartphone makers, on the other hand, have been deleting the bezels out of their screens to create a more visually seamless device. However, until today, the under-display camera on handheld devices is still in the early stages.

This may also hint at a future under-display selfie camera in other Samsung devices.