"Rust," a popular multiplayer-only survival game, is now playable on Xbox Series X/S, Xbox One, as well as on PlayStation 4. This game innovation is expected to provide a better survival experience in the popular title. 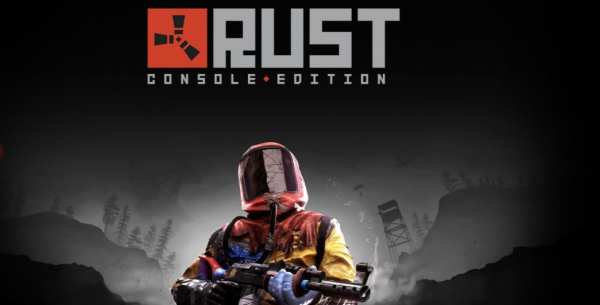 Are you bored of all your current games? Here's a list of some of the up coming titles that you can pre-order in May,#RUST - Console Edition, 21st#Miitopia - 21st#Biomutant 25th

Ever since its release in 2018, "Rust" has been kicking around on PC. Because of this, Steam players have been providing great reviews and rating it very positively for the past few years.

On the other hand, some players even claimed that Facepunch Studios' popular title has the best survival experience compared to other games. To give you more idea, here are other details of the newly released Xbox and PlayStation supports of "Rust."

'Rust' Now on Xbox and PlayStation

The new Xbox and PlayStation supports are made possible by the combination of Koch Media and Double Eleven. It also leads to both digital and physical options opening up to console players.

Thank you to the thousands of gamers who downloaded the Age of Rust playtest from Steam. Your feedback was awesome and we're working on improving the game for the full release of Season 1 later this year. We are also implementing Enjin JumpNet support! #Enjin #blockchaingame #NFT pic.twitter.com/TwfCFwVhb8

Various game analysts and critics claimed that the latest console move for "Rust" will really appeal to those long-time players and newbies. They added that the reason behind this is that it offers full optimization for players who prefer a controller over a keyboard and mouse.

How Different is the New 'Rust' Console Version?

According to The Xbox Hub's latest report, the new console version of the popular survival game will be very different from its PC version. Experts said that the new multiplayer survival experience was made possible by Facepunch Studios' efforts since the game developer was able to allow Double Eleven to conduct some title changes and make its own version of the game.

"Rust is and forever will be the baby and brainchild of Facepunch Studios, and we're extremely grateful to be able to take what they've done and create our own console edition of their incredible game," said Mark South, Chief Operating Officer at Double Eleven.

"Our Console Editions of Rust are certainly Rust as people know it, but under the hood - where we've spent the last few years - we've created an exceptional Rust experience designed for consoles and their players," he added.

On other hand, InfoWorld reported that the "Rust" 2021 edition is expected to significantly improve how the game feels in practice. Aside from this, the third edition will also provide a small number of changes.

If you want to see more details, all you need to do is click this link.

For more news updates about "Rust" and its upcoming changes, always keep your tabs open here at TechTimes.

Related Article: New Mass Effect Player? You can Save the Geth and Quarians if you Follow This Guide