"Genshin Impact" is adding Eula, another five-star character in the game. For those who love using Cryo members, the latest addition could automatically be added to your battle book.

This week, we will see her along with other characters like Beidou, Xingqiu, and Xinyan. For the gear that will accompany her, here's the chance to see the Song of Broken Pines, the upcoming five-star claymore.

Besides them, some leaks revealed Inazuma, Ayaka, and Yoimiya's launch ahead of the announcement. When we could see them in-game?

'Genshin Impact' Eula Banner: When Will it Launch? 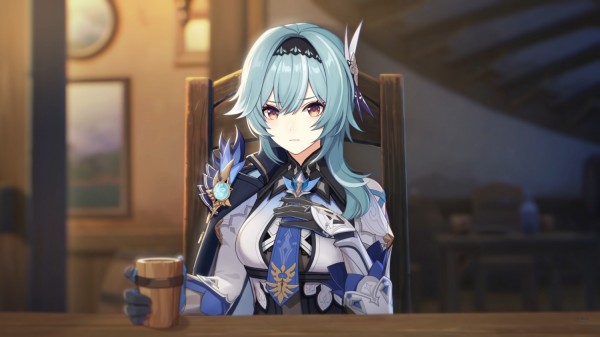 (Photo : Genshin Impact via Screenshot from YouTube)
'Genshin Impact' will feature Eula Banner on the next update. Meanwhile, some information about the upcoming Inazuma region, and two characters, Ayaka and Yoimiya are leaked in one Discord channel!

According to The Gamer's recent report, this week's banner update featuring the new hero, Eula will kick off on Tuesday, May 18. On the same day, the Aphros Delos Chapter, the story quest of the upcoming Cryo character will be released as well.

However, there is still no official schedule from its developer, miHoYo about the exact time where a player can summon her through pulling. The Chinese game publisher used to publish the banners simultaneously, so there's a good chance that it won't take a long time before it discloses the details of it.

Moreover, "Genshin Impact 1.5 Beneath The Light of Jadeite" already has a second phase. What's surprising with this banner revelation is the arrival of the new weapon for the tool-savvy players. Be on the lookout for the Aquila Favonia and the Song of Broken Pines, the two fresh five-star swords in Eula's banner, Express wrote on its report. It's high time that you should acquire one of them if you are lucky.

If you have had enough of "Genshin Impact's" teaser for Eula, you will surely tremble in excitement after learning that another character will land on the game soon as per miHoYo's released teaser this week. For those who are already at Adventure Rank 40, you can now venture into the story quest of Eula. Her chapter will be unlocked however through the Story Keys that you acquire in the dallies.

A revenge fanatic, Eula, is out there to exact more vengeance against her enemies. Her entrance to "Genshin Impact'' will mean that she needs to prove that she is a worthy defender of Mondstadt at all times--a perfect redemption of fate.

First announced last March. "Genshin Impact'' just released the game's PS5 version last April. Regardless of whether your friend is playing PC or PS5, the action RPG's cross-playability shatters the barriers of gaming among all users.

Read Also: 'Genshin Impact' 1.5: What to Know About Azhdaha's Teaser Trailer and How to Get Zhongli--Themed Wallpaper 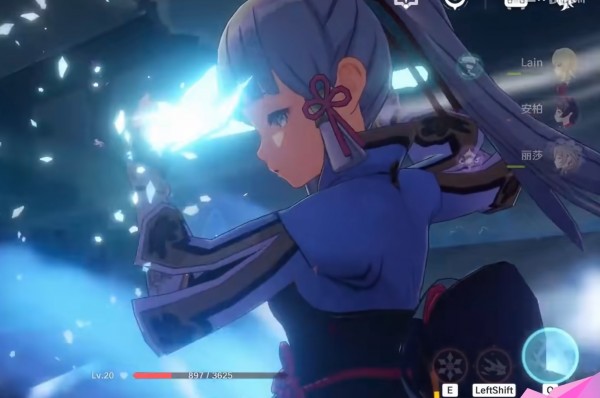 In the next few days, "Genshin Impact 1.5" will be bringing new characters besides Eula. That's not stopping us from receiving a lot of leaks from notable leakers. According to DualShockers, the latest tip hailed from the Wangsheng Funeral Parlor Discord and exposed possible release of a new region.

Earlier in March, Inazuma was first teased as a brand-new region that will come. Players believed that miHoYo will feature a new set of rules for this place that's why fans are all shocked in awe. The most up-to-date leak mentioned that "Genshin Impact 1.7" will be introducing the Inazuma region. To add another bonus, the Ayaka banner will reportedly teleport to the game after the 1.7 patch so it would take a lot of time before we see this hero.

If you are wondering if Ayaka is the only character that is being teased, Yoimiya is also a part of the long-time leak which will come in a similar update. Here is the full transcription of the leaked information in Discord:

Q: When will Ayaka be released?

A: I would say the possibility is 70%, very close to completion, I can say this for certain, but I cannot explain in details to prevent Mihoyo lawsuit. But definitely not the full Inazuma will be released, just a portion.

A: I cannot make any assumptions on this. Inazuma is the start of a new journey, it should not be determined by patch numbers, there are also festivals in between etc.

Q: When is Yoimiya's release?A: Yoimiya is completed, but she is not in the current beta. We might have to wait until 1.7 beta to see if she will be coming.

Q: Is Inazuma going to be on a separated map?

A: Most likely no, Inazuma will probably still be on the overworld map we play on unless there are other changes by Mihoyo.

Related Article: ATTN: 'Genshin Impact' Players Won't Be Able to Unlink Email from miHoYo Account; Will There be 2FA?