Google and Samsung Team Up to Merge Wear OS and Tizen — Will It Better Compete with Apple’s watchOS?

Google and Samsung are joining forces to combine the best features of Wear OS of Android and Tizen, the operating system of Galaxy wearables. The launched alliance will give birth to what will be called "Wear." -- perhaps to better compete with the reigning watchOS of Apple.

The new name may have been reduced, but the upcoming features will be more, according to Google. This time around, as it may seem, Google is taking wearables seriously. 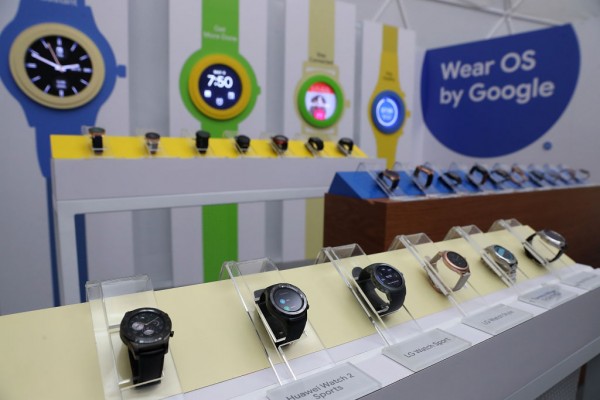 Google announced that necessary improvements are coming as Samsung joins them. It includes a faster loading time of apps and the whole system, a more captivating animation, and, most importantly, better battery life -- the biggest hurdle for smartwatches.

Aside from the additions from the South Korean company, The Verge reports that some of Fitbit's fitness features are about to help Google and Samsung in creating "world-class health technology," as Samsung said in a blog post.

How Will it Compete With Apple?

The iPhone maker has been the king of smart wearables since the Apple Watch launched in April 2015, a year later than Google. The latter, on the other hand, has been failing to compete in the smartwatch line. Even Samsung opted out to create its operating system for its Galaxy Watch, after a year of trying the Android, Wired reports.

What has been head to head are the Samsung Galaxy Watch and the Apple Watch. However, the South Korean company had a prevailing problem, there aren't many apps on Tizen. Google, with an ailing attempt in the smartwatch market, even had more apps to choose from, Wired says in the same report.

So, as the two giants team up, Google vowed users to expect more app selections for the new OS. Also, there will be more watch faces to choose from. Apple, on the flip side, is also rumored to have more color options for its wearables.

Furthermore, Google announced in a blog post that device makers could customize the user interface of the new OS. It is a significant concern before the two companies teamed up. Samsung opted out to create Tizen because of the customization limitations, Wired also says.

Hence, the development could help the new Wear to be available in more smartwatches. The watchOS, on the contrary, is only exclusive to Apple's devices.

What Will Happen to the Current Samsung Galaxy Watch?

Samsung said in its blog that it will still provide the said devices at least three years of supported updates. It turns out, in the next few years, the Galaxy Watch users will need to upgrade - for the better, hopefully.