Twitch now recognizes the "Hot Tub Meta" as an official category, the company announced in a blog post on May 21. The said move comes after the streaming platform went under fire, as a streamer under the meta lost her advertising earnings without notice.

Twitch finally acknowledged and addressed the "Hot Tub Meta" that started in March 2021. It is wherein women stream in bikinis while in hot tubs or, in some instances, an inflatable pool.

The said category will include streams from Pools, Hot Tubs, and Beaches, Twitch said in its blog. 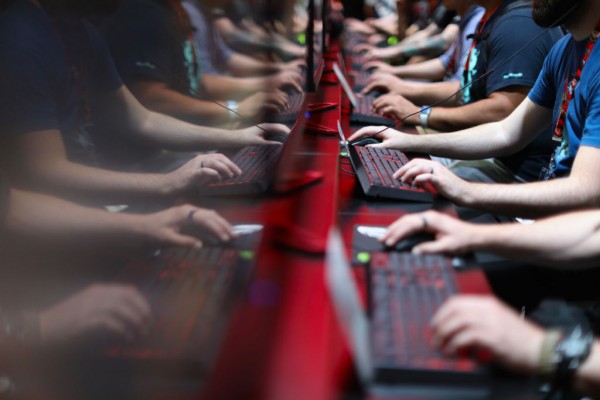 Twitch: Not A Place For Harassment

The popular streaming service goes on to boldly protect the women from being harassed on their platform.

"No one deserves to be harassed for the content they choose to stream, how they look, or who they are, Twitch wrote in their blog. "We will take action against anyone who perpetuates this kind of toxicity on our service."

According to The Verge, hot tub streamers often get harassed by sexist men for the envy of women's success. And as Twitch pulls out this kind of stream from the "Just Chatting" section and creates a dedicated category, it now validates that it is, in fact, allowed on the platform.

Twitch added that "being found to be sexy by others is not against our rules."

Surprisingly, Twitch addressed the problem that involved two conflicting parties in a straightforward manner, The Verge said in the same report. It even took a bold stand against the women on their platform.

Read Also: Streaming on YouTube vs. Twitch: Which is the Better Platform for Vloggers and Influencers?

On May 19, the Top Hot Tub Meta Streamer on Twitch, Kaitlyn "Amouranth" Siragusa, publicly called out Twitch for indefinitely suspending her advertising revenue without notice.

Hence, in the same blog post, Twitch clarified that the advertisers decided to pull out their ads from Siragusa. It turns out that the brands did not prefer their ads to show in their content.

However, Siragusa said that her concern was about the lack of communication. Furthermore, she narrates that in a blink of an eye and her earnings were gone.

And Twitch, in response, admitted that they failed to notify creators under the said meta. In addition, the company said that they are already working with the affected creator and vowed to restore the ads.

The new category also addresses the concern of advertisers, Twitch said in the same blog. They may now choose which specific sections their ads will be seen. Consequently, the update now allows them to opt from the "Hot Tub Meta."

In other Twitch-related news, the platform will start lowering its prices in Mexico and Turkey. Other countries around the world will follow suit too.

ⓒ 2021 TECHTIMES.com All rights reserved. Do not reproduce without permission.
Tags: Twitch hot tub
Most Popular