Twitch will Start Lowering Prices in Mexico and Turkey, Other Countries to Follow -- will Streamers Earn Less?

Twitch users in Mexico and Turkey are in for an early treat, as the company will lower its subscription prices in these countries on May 20. Other countries will follow suit with decreased costs in the third quarter of 2021.

A Twitch subscription gives its subscribers the ability to pay their favorite streamers and other perks like using custom emotes. 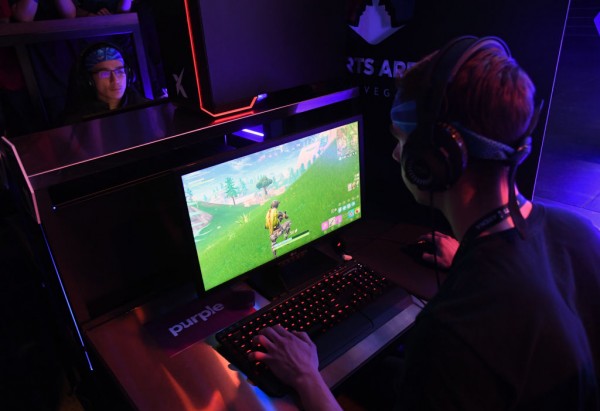 (Photo : by Ethan Miller/Getty Images)
LAS VEGAS, NV - APRIL 21: Gamers play "Fortnite" against Twitch streamer and professional gamer Tyler "Ninja" Blevins during Ninja Vegas '18 at Esports Arena Las Vegas at Luxor Hotel and Casino on April 21, 2018 in Las Vegas, Nevada. Blevins is playing against more than 230 challengers in front of 700 fans in 10 live "Fortnite" games with up to USD 50,000 in cash prizes on the line. He is donating all his winnings to the Alzheimer's Association.

Currently, Tier 1, the basic and most affordable plan, is priced at $4.99, or whatever the equivalent is across the world. Hence, every country is paying the same price -- which may sound hefty when converted to the currency of other communities.

The company said in its blog that the current subscription cost hinders viewers to support their favorite gamers. Hence, it also slows down the growth of the streamers' community elsewhere.

And to back it up with data, the gaming live streaming service showed data that users in Europe and Asia subscribed to Twitch are 50% lower than in North America. In Latin America, the number goes significantly lower, at 80%.

"Over the next few months, we'll be adjusting the price of subscriptions (existing subs, new paid subs, and gift subs) in most countries to better align with their local cost of living," Twitch explained in the same blog post.

Furthermore, the company said that the new pricing model is meant to ensure that the costs match the viewers around the world. More specifically, Mexico and Turkey subscriptions, as they debut the new prices, will be at 48 Pesos and 9.90 TRY, respectively.

The Verge noted that the said adjustments in prices came a few days after Twitter announced a means for users to support creators called Tip Jar. Clubhouse, likewise, is also allowing direct monetization for its creators.

Read Also: Streaming on YouTube vs. Twitch: Which is the Better Platform for Vloggers and Influencers?

Separately, Twitch said on its website that there will be "revenue adjustments" for the incentives of streamers. The company warned that the lower subscription prices will lead to lower revenue for streamers who will not increase their viewers.

In the first three months of a whole 12-month period, there won't be any revenue adjustments. It is because Twitch vowed to cover the revenue for the first few months. The incentive payment, however, in the next nine months is said to decrease by 25%. It would occur three times every three months.

The hope of creators remains anchored to the prediction of Twitch that the new subscription pricing will welcome more users across the globe.