Apple iPad Pro 2021 is set to arrive on May 27, and Apple has since shared more details about the device in a series of support documents, covering numerous topics like the Liquid Retina XDR display, Thunderbolt, the USB4 support, 5G networking on cellular models, and the new Center Stage front camera feature for video calls. 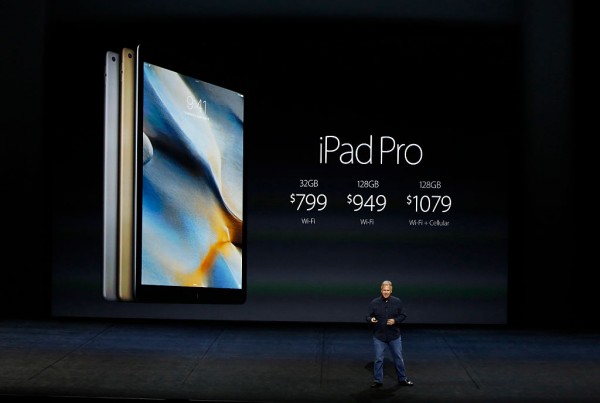 Apple stated that the Liquid Retina XDR display supports a peak brightness of 1,600 nits for highlights in up to 40% of the screen area when the rest of the image is black, or at a brightness of up to 600 nits.

Apple wrote in a Liquid Retina XDR blog that in order to achieve Extreme Dynamic Range, it needed an entirely new display architecture on iPad Pro.

The all new 2D mini-LED backlighting system with individually controlled local dimming zones was the best choice for delivering the very high full-screen brightness and contrast ration, and off-axis color accuracy that creative professionals depend on for their workflows.

Also Read: The New iPad Pro (2021) Leaks Reveal Triple Array Camera and Processor As Powerful As What Macbooks Use

Furthermore, the Liquid Retina XDR display can support up to 1000 nits of full-screen brightness.

As for the M1 chip, which is the engine that is behind the new display, Apple stated in its M1 chip document that custom algorithms run on the advanced display engine of the M1 chip, working at the pixel level to control the mini-LED and LCD layers of the display separately, treating them as two distinct display.

These proprietary algorithms coordinate the mini-LED and LCD layers across the transitions in order to deliver the optimal visual experience, according to MacRumors.

Transitional characteristics of local dimming zones, like a slight blur or color change while scrolling against black backgrounds, are normal behavior.

As for Thunderbolt 3 and USB4 support, Apple stated that some accessories can request higher power from the iPad Pro, so the company has reminded customers to disconnect these accessories from the device when they are not being used.

Apple wrote on the Apple Support blog iPad Pro 11-inch and iPad Pro 12.9-inch also support a wide ecosystem of high-performance Thunderbolt and USB4 accessories. Some accessories can request higher power from your iPad, which might affect battery life.

To extend battery life, remember to disconnect these accessories from iPad Pro when you are not using them.

In line with iPhone 12 models, Apple confirmed that iPadOS updates over cellular are supported on the new iPad Pro when "Allow More Data on 5G" is enabled.

Apple wrote in the Apple website that the command enables higher data-usage features for apps and system tasks. These include higher-quality FaceTime, high-definition content on Apple TV, Apple Music songs and videos, and iPadOS updates over cellular.

Related Article: iPad Pro Center Stage Guide: FaceTime Compatibility, How to Use It, and Turning It Off