'LittleBigPlanet' Down: Sony Disables It Due to Alleged Massive Game Hack; Most Dangerous DDoS Attacks

"LittleBigPlanet" is currently down. However, the sudden issue is not caused by bugs or other technical problems. Sony, the game's developer, is the one that actually disabled the game.

But, the giant tech company confirmed that this is only temporary.

"Due to the severity of the recent attacks we have no other option than to temporarily disable the game servers," said "LBP" via its official Twitter account.

"We do not take these attacks lightly especially when they target our loyal community members. Thanks for understanding," added the popular game.

As of the moment, the latest tweet of "LittleBigPlanet" was able to generate more than 285 retweets, 60 quote tweets, and 2,000 likes.

LBP Server Update : Due to the severity of the recent attacks we have no other option than to temporarily disable the game servers. We do not take these attacks lightly especially when they target our loyal community members. Thanks for understanding.

The announcement received some negative and positive reactions from the game's fans. One of them claimed that the sudden disabling of the game could be Sony's action to protect the game from possible server attacks.

'LittleBigPlanet' is in Danger?

According to EuroGamer's latest report, Sony's action was conducted to protect the popular title from possible new attacks, which could greatly affect its servers once the hackers breach the game's system. 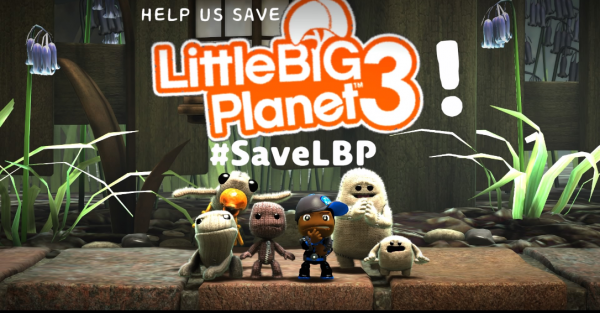 To all LittleBigPlanet fans everywhere. LBP is in trouble, and needs all of the help that the community can give it. Lets get this trending! #SaveLBP #Littlebigplanet pic.twitter.com/K1bFQwblTu

This is not a new concern since "LittleBigPlanet" already faced some DDoS attacks in the past. However, Xbox's creator didn't confirm what type of attack is detected.

On the other hand, PlayStation also didn't acknowledge the issue behind the sudden server downtime of the popular game.

As of the moment, the best thing that the "LittleBigPlanet" fans can do is wait for Sony's announcement before taking their own action and making their conclusion about the disabled game.

Since Sony still claims that "LittleBigPlanet" could be at risk of a possible DDoS attack, this is currently a major issue. Dot Magazine explained that DDoS attack is one of the most widespread hacks in the world.

The main goal of the DDoS attack is to deny or disable a service so that hackers can easily breach the system and steal sensitive data.

Furthermore, security experts said that this kind of hack can affect servers, web services, and websites by flooding them with an excessive number of requests.

Aside from this, the dangerous Distributed Denial of Service attack can exploit vulnerabilities at the network protocol and application layers.

Here are the most dangerous types that your company should be aware of:

If you want to know the specific details of these DDoS attacks, all you need to do is click this link.

For more news updates about "LittleBigPlanet" and other popular Sony games, always keep your tabs open here at TechTimes.