Google Files a Patent to an Under-Screen Front-Facing Camera — Will Pixel Say Goodbye to the Notch?

Google Pixel could have an under-screen front-facing camera -- simply a notch-less screen, as the company filed a patent for it.

Smartphone makers, in recent years, have competed at reducing the bezel in their display. And, it has indeed made a stunning and seamless aesthetic for the modern device. But the camera and sensors have ever since ruined the overall look.

It started with a notch, then a punch-hole camera, and it still does not do the job. 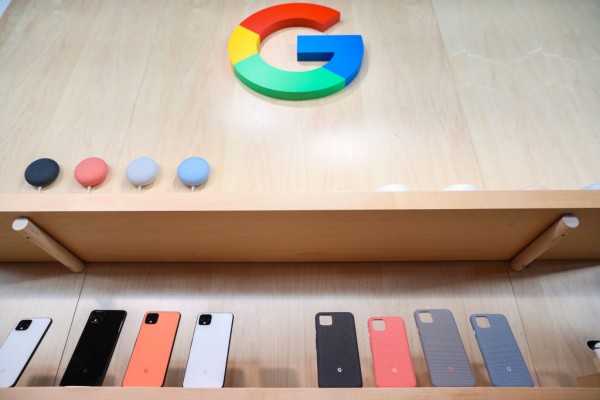 (Photo : by Drew Angerer/Getty Images)
NEW YORK, NY - OCTOBER 15: The new Google Pixel 4 smartphone and cases are displayed during a Google launch event on October 15, 2019 in New York City. The new Pixel 4 and Pixel 4 XL phone starts at $799 and will begin shipping on Oct. 24.

However, the new patent that Google filed may hint that the unwanted presence of the selfie camera and sensors will soon bid goodbye -- at least for the upcoming Pixel.

It is not the first time that a company is attempting to kill the notch or punch-hole in a phone's display. For instance, ZTE pioneered the under-screen front-facing camera when it launched Axon 20 5G in September 2020.

Samsung and Xiaomi, on the other hand, are also hinting at an under-screen camera. The latter, like Google, also filed for a patent in May 2020.

However, both companies have not yet released a phone with the said technology. But, let us talk about the attempt of Google at an under-screen camera.

LetsGoDigital first reported that Google LLC filed for a patent in the World Intellectual Property Organization or WIPO, in September 2020 -- four months after Xioami did. The documentation, however, was only released publicly on May 6. It described a Google Pixel that has the camera hidden beneath the display.

Unlike the patent filed by both Xiaomi and Samsung, Google wants to apply the said tech in a different manner.

Both the camera and sensor will obviously be under the main screen. However, what makes it distinct is a second screen placed opposite to the camera, and a prism located between the two, Phone Arena reported.

The prism will show content from the second display to the main screen. But, if the camera is turned on, the prism will rotate to face it. The user, then, may take photos or record videos while it is embedded under.

Separately, the leaks of Pixel 6 and Pixel 6 Pro carry a camera hole in its display. So, the patent filed may not be used for 2021's release of the smartphone.

The highlight for this year could be the rumored third rear camera of Pixel. Reportedly, it will be released in October 2021.

It is more possible that Pixel 7, or whatever Google will call its flagship phone for 2022, will have the under-display selfie camera, Phone Arena said in the same report.