SpaceX announced that the succeeding launches of the Falcon Heavy rocket will be delayed for some months. The reason?--the US payload accommodation issue, which is unrelated to the said mission. 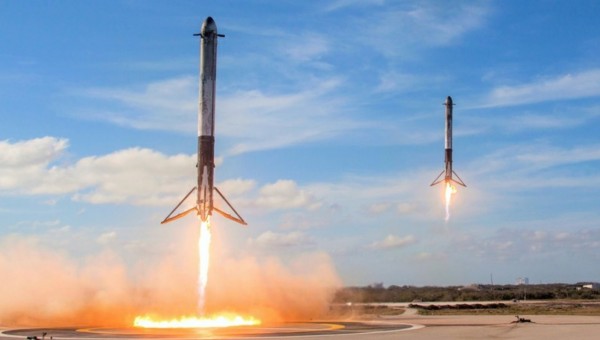 The director of the Space and Missile Systems Center (SMC) of the United States released an official email about the delays in the Space Force launch on May 19, Satellite Today reported. According to the emailed statement, USFF-44, the Falcon Heavy lift-off will be rescheduled in October from its usual July take-off.

Furthermore, the director said that the postponement will happen to "accommodate payload readiness." The satellite payload has previously faced delays last 2020, and this time. The April 2021 spaceflight was also affected by the said reason that's why it was moved to July.

In conjunction with several delays, the USSF-52 was also linked to the same case scenario, specifically to the fifth launch of the Falcon Heavy rocket. Originally, it should have started for some time around June, but it would be pushed to October of this year and to even a later month of January in 2022.

The next launch of a SpaceX Falcon Heavy rocket has been delayed from July to October to await readiness of its US military payload.

The following Falcon Heavy flight has been pushed back until next year, military officials said.

On top of that, this means that in 2021, there is only one launch left for the Falcon Heavy rocket. The spaceship imbued with an expandable center core, and two retrievable side boosters could have been released in April at SpaceX's facilities in Florida.

However, the Elon Musk-owned space transportation services would have to rest for a while for its intended Q2 2021 schedule. The Falcon Heavy rocket would have to wait for the latter part of the year before it happens.

According to Teslarati, the expendable Falcon Heavy center core B1066 underwent testing last March at SpaceX's McGregor facilities in Texas. The four recent boosters have been transported to Florida after some weeks.

In 2020 and early 2021, the Falcon Heavy side boosters, B1064, and B1065 have successfully accomplished static fire acceptance testing in the same location. SpaceX's USFF-52, which will fly in 2022, could adopt another Falcon Heavy center core or two of them.

Most probably, the new center core could be either B1068 or B1609. Indeed, the payload delays from the USSF-44 and USSF-52 have impacted all the schedules, which only gave the space agency a few more months for the preparation.

Overall, the 2022 flight mission will allow as many as five Falcon Heavy releases. SpaceX could possibly launch USSF-52 in 2022. The next one could be the ViaSat-3 and the USSF-67 satellite, which will likely be released in Q1 and Q4, respectively.

Next year, we could also expect that the Falcon Heavy rocket could deliver two Inmarsat I-6 satellites. To summarize, the gap of SpaceX rocket's third and fourth launch will now be over 28 months in duration.