SpaceX is booking another heavenly trip after winning its latest contract. The aerospace agency which is owned by Elon Musk is buckling up for another ride with Falcon 9 and Heavy rockets en route to at least six Moon lander releases in 2022 and 2023.

The collaboration in the next SpaceX journey is made possible by a lunar exploration contract granted by the Firefly Aerospace, a rocket startup. On Thursday, May 20, the contract awarding took place in line with NASA's Commercial Lunar Payload Services (CLPS) program. It will involve the Blue Ghost moon lander which will be freed by the reusable, two-stage Falcon 9 rocket.

Meanwhile, Firefly is also readying for the launch of its Alpha rocket later this 2021. This was only the first time of the organization for this endeavor on its way to its payload priority and performance stability of the spacecraft.

The latest selection is not foreign to SpaceX. The Firefly startup becomes the sixth company to award the Falcon 9 rockets ahead of the imminent moon lander expedition. Many have previously participated in the same purpose, but the most recent SpaceX settlement is something to look forward to in the coming years. 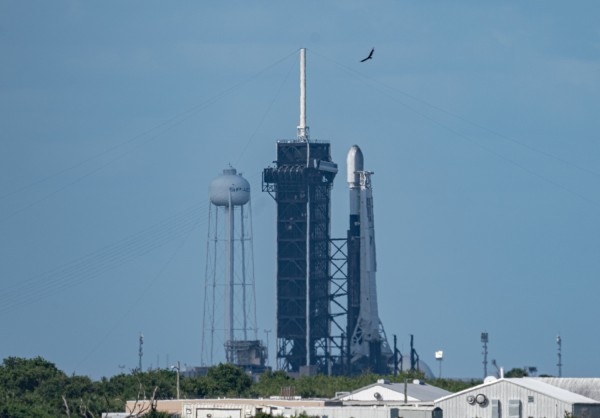 According to Teslarati, the initial decision is to rely on Firefly's 330-lbs Alpha, the first Blue Ghost spacecraft. Careening to the moon is not made easier since there are NASA payloads inside that it carries. The components are thrice more than Alpha's capacity so but it's no surprise that SpaceX receives another lunar perk due to its dedicated aim.

Earlier in 2020, the Beresheet spacecraft of Israel has been released as part of the previous missions. However, the mishap that it faced has inflicted a heavy beating in the part of the Middle East-based agency.

A failure in the avionics has caused the lander to quickly crash to the moon before its intended touchdown. Yet, there is still no clear proof if what happens proves some truth to the case.

Firefly is pleased to announce we selected SpaceX to launch our Blue Ghost lunar lander for the NASA CLPS 19D mission. We’re excited to leverage the performance and reliability of Falcon 9 to propel Blue Ghost on the first phase of its journey to the Moon! https://t.co/YLJJK8rlLd

The context of the Beresheet impact could serve as a lesson for Firefly's Blue Ghost lander.

More significantly, this will also remind the Israeli Aerospace Industries (IAI) to deeply investigate the potential cause of the sudden blunder and think about the solutions for their next launch. Currently, we could expect that IAI will announce its upcoming lunar rover mission soon after a year when the fiasco broke.

Going back to SpaceX in conjunction with the CLPS program of NASA, five of the six lander contracts came as a success for the California-headquartered space transportation firm. One of them was integrated with the Vulcan Centaur rocket of ULA.

Another one, however, has been cancelled due to disagreements among the corporations. With that, SpaceX has only four out of five contracts connected to the CLPS contract.

In 2023, Firefly will be discharging the Blue Ghost lander riding SpaceX's Falcon 9 rocket, as well as the Griffin lander owned by Astrobotics. The Griffin lander will be containing the VIPER Moon rover of NASA which is also enclosed inside the Falcon Heavy rocket.

Meanwhile, iSpace, a startup based in Japan has also chosen the Falcon 9 rockets of SpaceX for the commercial launch of two Hakuto-R moon landers in 2022's Q4.