Germany has recently implemented legislation that involves "driverless" vehicles. The policy will take effect on public roads next year. Moreover, the country has already set out its plans in collaboration with the tech companies which will be assigned for the deployment of robotaxis, as well as the delivery services across the region.

Even though the idea of autonomous vehicle driving is already allowed in the country, there is nothing safer than a human companion who will supervise behind driverless vehicles along the highway. 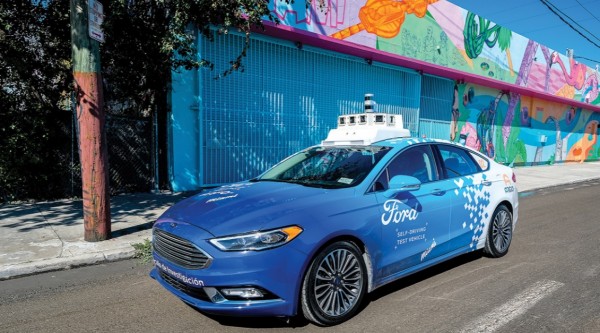 According to a Techcrunch report on Tuesday, May 25, the lower house of parliament in Germany passed the bill last week. Furthermore, the bill particularly points to the Level 4 autonomy which some vehicles have.

In accordance with Level 4 autonomy, this means that a specific vehicle can maneuver the driving mechanism through the use of a computer in different environments. The Society of Automobile Engineers (SAE) is the organization that designed the said level. However, these "driverless" vehicles can only be driven across limited terrains.

The legislation posted in Deutscher Bundestag reads that autonomous vehicles in the future will be allowed to be operated around the country--with the absence of a physical driver who controls them. Moreover, the Federal Government is seeking a further solution to reach out to more people to adopt this technology.

After being approved by the lower house, the bill should pass the approval of the upper chamber of parliament known as the Bundesrat. Inside the bill, people will be able to see the "initial applications" to operate the "driverless" cars along the roads in Germany. These applications include logistics, public passenger transportation, business trips, and company shuttles.

The Participation of the Companies in the 'Driverless' Autonomous Driving

For those companies who want to participate in autonomous testing, there would be a series of rules which they should follow before operating the "driverless" vehicles. They are required to have to carry liability insurance, as well as access to halt the autonomous processes in the distance.

Germany's move to pass autonomous driving in the legislation could be a big boost for its booming economic growth. For example, the Pennsylvania-based company, Argo AI, has already begun autonomous testing at the Munich Airport in the LabCampus innovation center.

In 2020, it started building its headquarters in a Bavarian city so it could run a test drive for the VW ID. Buzz electric vans with the participation of Volkswagen.

In the United States, several startups have commenced autonomous driving tests to open commercial ventures. In California, Pony ai, a known robotaxi company in China has been permitted to drive self-driving vehicles since last week. In the state, another company, Nuro became the lone company that was granted a deployment permit for its commercial operation on the public roads.

Speaking of China, AutoX, which is supported by Alibaba, has been engaging in several driverless testing trials on the roads at the moment.

Related Article: Driverless Cars: Save Passengers Or Save Pedestrians? The Dilemma Of How Moral Should We Make Our Robots