Catch exclusive deals and great discounts on games, accessories, and merch leading up to the end of May with the GameStop Memorial Day Sale.

In the US, Memorial Day is a day of honor and commemoration of the countless heroes who have passed away in service to the country as members of the United States Armed Forces. Additionally, it has also become the unofficial start of the summer, making it a perfect time to update those game libraries and upgrade those rigs.

GameStop launched its week-long Memorial Day Sale last May 23, Sunday, and will run until May 31, Monday." 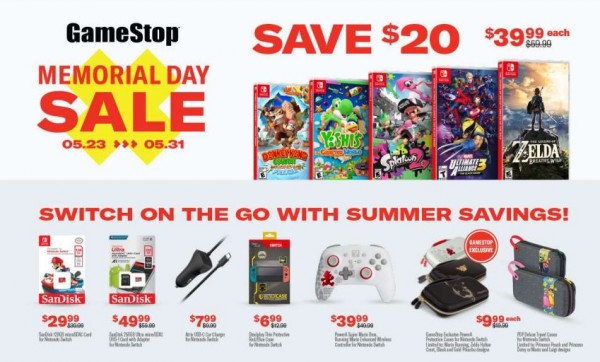 Nintendo Switch players get a load of these exclusive deals to start the summer season. Save up to $20 as popular titles drop from  $59.99 to $39.99 including Donkey Kong Country: Tropical Freeze, Yoshi's Crafted World, Splatoon 2, Marvel Ultimate Alliance 3, and The Legend of Zelda: Breath of the Wild. That's not all, other hit Switch titles are also on discount including hit franchise entries Civilization VI, the Borderlands Collection, and Assassin's Creed: The Rebel Collection.

For PC gamers, accessories from known gear manufacturer Atrix are at unbelievably low prices for the duration of the GameStop Memorial Day Sale. To begin with, the Sniper FPS RGB Keyboard, which comes in either black or white, is down to $29.99 from its usual price of $49.99. Additionally, the Air FPS RGB Gaming Mouse (also in White and Black variants) is available for $23.99 from $39.99. Complete your accessory setup with the Atrix XXL Gaming Pad for only $5.99 from $9.99.

Save Up to 50% Off on Xbox, PlayStation Titles

No gamer gets left behind this GameStop Memorial Day Sale with a huge selection of Xbox and Playstattion 4 and 5 titles on huge discounts - up to 50 percent off!

Check out the full list of deals on the GameStop Memorial Day Sale, which lasts until May 31, below: 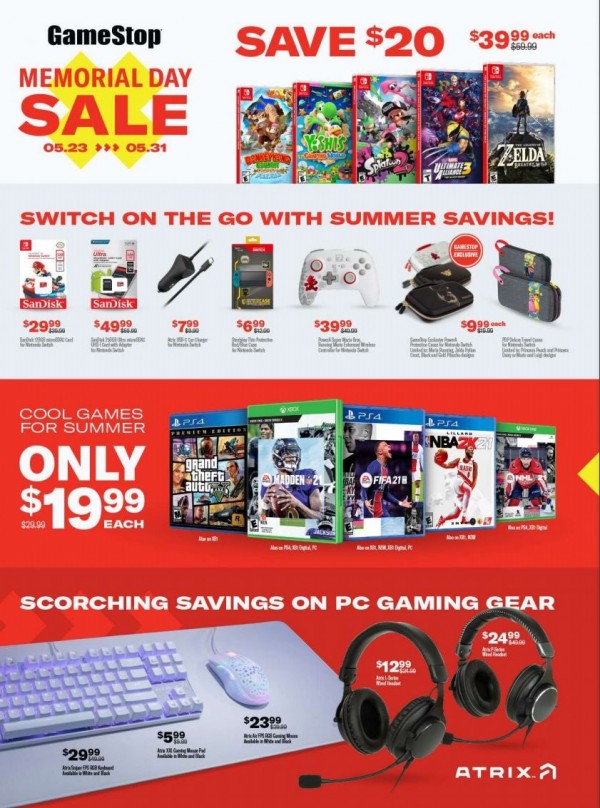 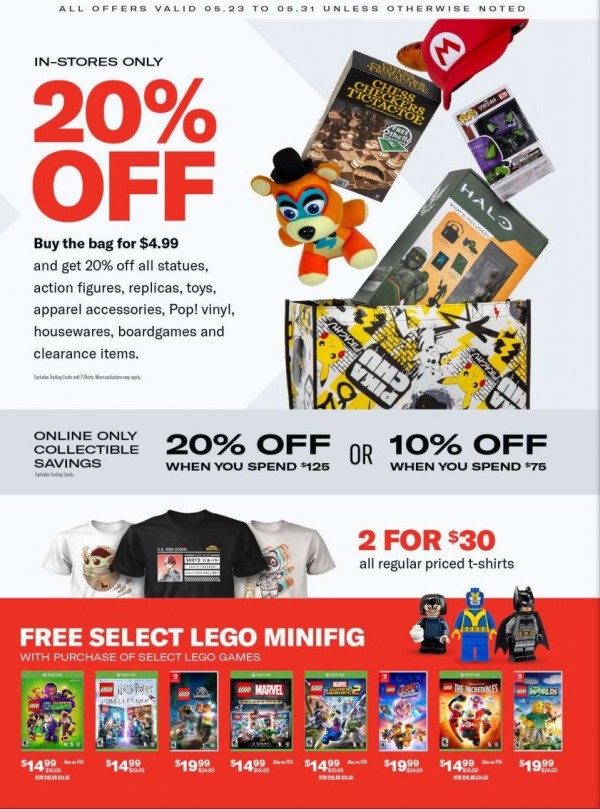 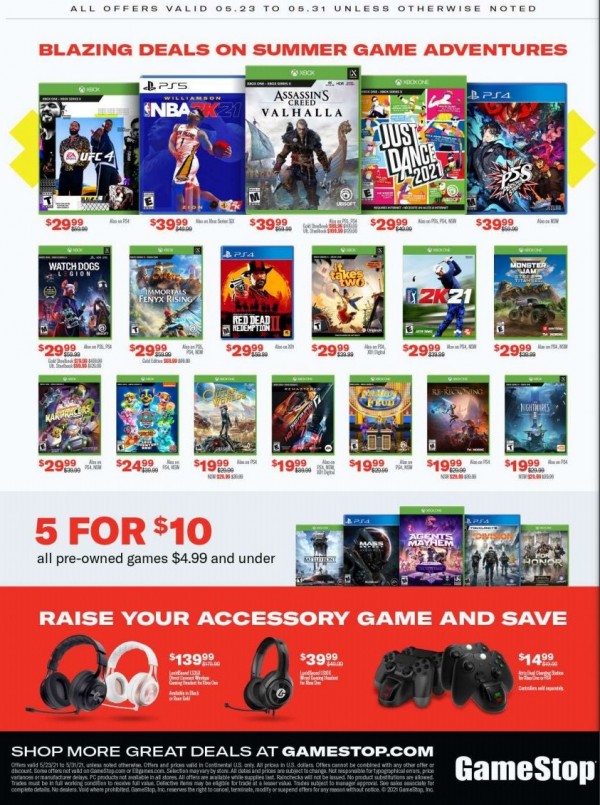 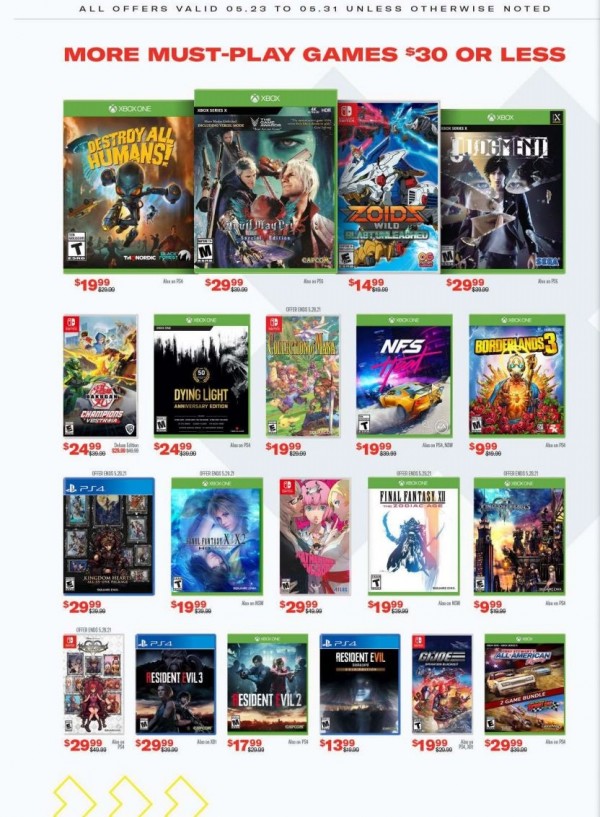 Get Great Deals on the GameStop Spring Sale