'League of Legends' to Have New Darker Creature Hero? Riot's Reav3 Says It Could Arrive by 2022

"League of Legends'" main developer, Reav3 Mariles, confirmed that Riot Games is now working on a new creature-based hero, which is expected to arrive this coming 2022. 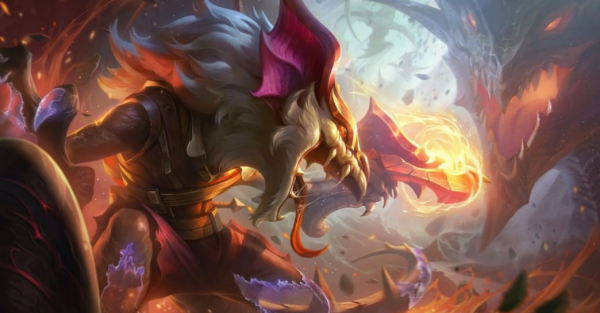 However, he added that this new hero will be very different from the ones that were previously rolled out. Recently, "League of Legends" released Gwen, Viego, and other heroes that have human forms.

Reav3 said that right now, the Summoner's Rift is dominated by human champions. This is also the reason why they are now developing a darker creature hero.

Although this is the case, Reav3 added that the current in-development character doesn't mean that the popular strategic game will also release new creature characters every year. However, this could still change depending on the decisions made by Riot Games.

To give you more idea, here are other details leaked by the popular Reav3.

'League of Legends' to Have New Darker Creature Champ?

According to Comic Book's latest report, Reav3 claimed that "League of Legends" is currently dominated by human-themed champions. Right now, only a few champions are based on creatures.

Infernal #velkoz! From the new @LeagueOfLegends #Infernal set we collaborated on with @riotgames. We'll post more on our Arstation page soon. What do you think of this design? Let us know! https://t.co/QgOQBhShzX #leagueoflegends #ArtofLegends #RiotGames #conceptart pic.twitter.com/oBHQHbYoDi

These include Velkoz, Yuumi, and Malphite, among others.

On the other hand, although Reav3 confirmed that Riot Games could release a new creature champ this coming 2022, but he still didn't release any detail about its release dates, appearance, or skills.

"We have plans to make a new creature champion in 2022 since it's been a while, the last one being Yuumi," said Reav3. "While it made sense to make a cute creature like Yuumi since the game was lacking in cute creatures, we want the next one to be on the darker side."

Since Riot Games seems to be relying on human champions more than other types of heroes, Reav3 decided to group the current characters in the Summoner's Rift into three categories.

He confirmed these new updates on his latest "League of Legends" blog post.

These include humanoid, human, and creatures. Here are some of the champions that belong to each group:

Reav3 added that these three new categories could help the players understand more about their favorite heroes' background stories.

For more news updates about "League of Legends" and its upcoming new champs and other in-game content, always keep your tabs open here at TechTimes.