NASA's MOXIE experiment will soon have an answer for us to thrive longer on the red planet. This weekend, the space agency hopes that the automated system could be the saving grace for humans to live on Mars if a time comes that the Earth becomes unsuitable for living.

The device called Mars Oxygen In-Situ Resource Utilization Experiment could supply humans with oxygen through extracting from the atmosphere of the red planet which is composed of 96% of carbon dioxide. The process will be made possible through electrolysis which involves the device being run through an electrical current.

Since the Perseverance rover's touchdown in February, MOXIE will conduct the third oxygen-extraction procedure. Moreover, what it produces could supply enough oxygen for humans that is good for 10 to 15 minutes.

At the end of the day, NASA could successfully achieve its main goal which is the ability of the machine to generate breathable oxygen for the visiting astronauts --and to use it later when they return to Mars. In line with the travel, NASA said that its group would be needing a lot of oxygen and rocket fuel for their journey.

How NASA Conducts the MOXIE Experiment? 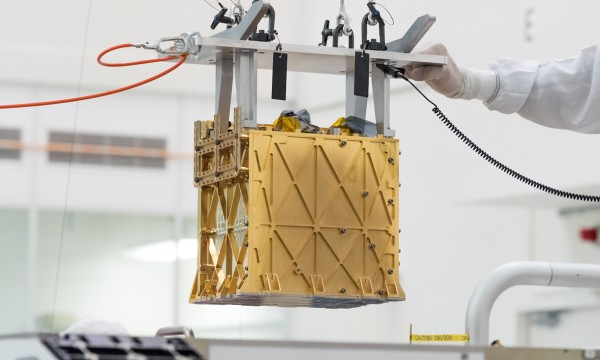 According to a report by WIRED on Friday, May 28, the MOXIE project is only one of several undertakings that NASA researchers have been doing together with the European Space Agency. The concept behind this process is in-situ resource utilization.

For many decades, people have been thinking of ways on how to create artificial but breathable oxygen that will suit human needs. Many researchers have carried out tasks of testing the specimen retrieved from the Martian surface.

While it appears to be a complicated mishmash of engineering and chemistry, the researchers said that the previous experiments have helped them develop more "complex" prototypes. Finally, what they want to build is an automated oxygen factory which will be a mobile oxygen supply for space travelers.

However, the goal won't be easy for the experts, as the process called "electrolysis" will require a lot of energy to produce breathable oxygen.

NASA Scientists Are Excited for MOXIE

According to IEEE Spectrum, the discovery of the oxygen-producing system might be the most "exciting" thing that the Perseverance rover delivered to the Martian grounds. That's the same feeling that NASA scientists feel about the results gathered from the latest mission.

"It's going frighteningly like clockwork. It's stunning how much the results look identical to what we had run in the laboratory two years earlier. How many things can you put away for two years and turn on and even expect to work again? I mean, try that with your bicycle," MOXIE's principal investigator, Michael Hecht said.

Hecht added that during the first two runs of MOXIE, it has produced 4-5 grams of oxygen. Heading to the weekend, the team is expecting that the device could yield 8 grams per hour.

For the monitoring of MOXIE's compressor, one of the two microphones in the rover will be activated. This will be spearheaded by the rover team at the Jet Propulsion Laboratory.

The compressor will inform the team about the sounds produced during the system's operation. Hecht said that they still needed some work for the .wav file so they could make the sound recording audible to the people from the Earth. The sounds of oxygen on the red planet could now be heard miles away.