Twitch creators have been warned by the platform. The apps copyright problem won't go away and may have more issues in the future.

Esports consultant Rod Breslau shared an email and stated that the company warned the creators that it recently received a batch of approximately 1,000 individual DMCA takedown notices. 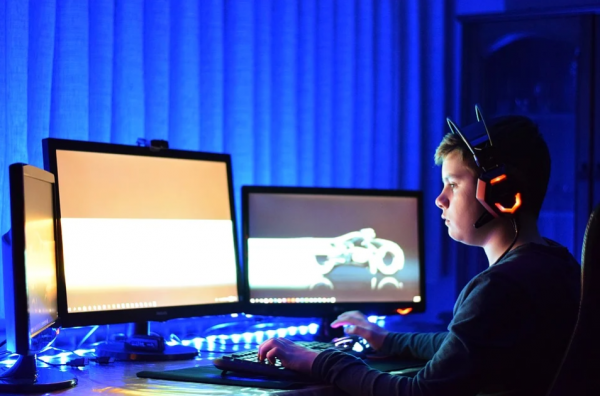 According to Engadget, all of the claims involve archived broadcasts, with most featuring streamers listening to music in the background while playing a game, or talking to their viewers.

In the same message, Twitch says it believed publishers used automated tools to generate the requests, suggesting more are on the way. A Twitch spokesperson stated that they recently received a batch of Digital Millennium Copyright Act or DMCA takedown notifications with about 1,000 individual claims from music publishers.

All of the claims are against VODs, and the vast majority of claims target streamers listening to background music while playing video games or IRL streaming.

They want to ensure their creator community is aware that the only way to protect themselves from DMCA notifications is to not stream music, or other copyrighted material, they do not have rights to.

DMCA takedowns have been an ongoing headache for the Twitch community. It all started in 2020 when the company said it saw a sudden influx of takedown notifications.

As with this latest episode, most of those involved clips that have been up on the website for several years. Twitch has tried to address the problem first by expanding the amount of free-to-use songs it offers to streamers. It then published a blog post explicitly urging them not to use copyrighted music.

As each notice represents a potential strike against an account, another wave of bans could be on the horizon.

Last month, Dexerto reported DMCA takedowns on Twitch, with record labels and others cracking down on what gets used on the platform.

However, a streamer getting struck twice for the same clip is unheard of. That is reportedly what happened to OmegaPro though, a variety streamer who broadcasts everything from "GTA" RP to JRPGs.

After serving a two-day ban for a DMCA strike, OmegaPro was struck immediately with a new ban after going live on May 12.

The second ban in just a week led to Twitch terminating his account permanently. The fist takedown was when he was playing "Persona 5," and the second one was when he covered "The Vampire Diaries."

After filing an appeal, his channel is now back online, and OmegaPro now wants to work with Twitch and other parties to try and improve their DMCA processes for other streamers.

OmegaPro said on Twitter that he would love to see Twitch change up how they handle DMCA. He thinks that an amazing place to start would be to wipe the strikes after a 90 day period, similar to how YouTube recently handles it, and how Twitch handles other TOS violations.

The Twitch streamer also stated that although he understands the DMCA issues, he does not see a reason why DMCA violations should be a permanent mark on a creator's channel.