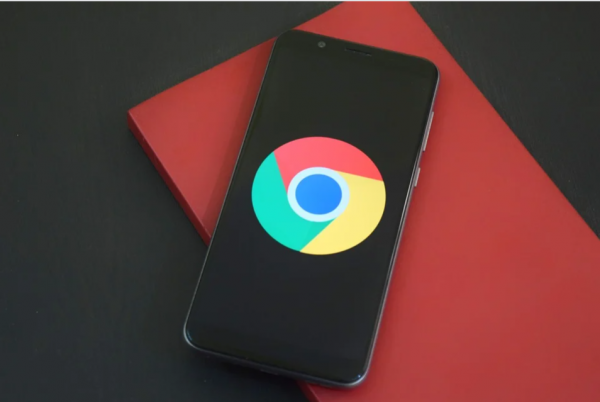 When sharing sites and apps in Chrome, a bottom sheet slides up. This is what the latest update wants to change, so that everything will appear on top and you won't have to scroll up and down anymore, according to XDA Developers.

Since version 85, Google has reorganized it so that the page name, the URL, and the favicon of the current site that you are visiting appears at the top of the page. The last row is home to actions like Copy link, Send to your devices, Print, and QR code.

Some users on Chrome 91 for Android are now seeing a "Screenshot" tool. Your whole screen, including the Omnibox, is captured with the bottom bar featuring tools to Crop, to add Text, and Draw.

The Text UI is nifty in that the current field features corner shortcuts to crop, expand, or tilt by dragging and deleting. Meanwhile, doodling lets you choose from 18 colors and six stroke sizes. Undo and redo is also available through this tool.

Once you are done, tap the "Next" button in the top-right corner and you are presented with options to Share this screenshot, Save to device only, or Delete.

That middle option will treat it like you are downloading a file from the web, and appear in Chrome's built-in Downloads manager.

The Version 91 of Chrome for Android rolled out earlier this week and the Screenshot tool in the Share menu is badged New.

While this feature somewhat replicates the Markup tool introduced with Android 11 and updated in Android 12, people will appreciate the option as screenshotting is how people save things that they see on sites and apps.

Aside from the new built-in screenshot tool, 9to5Google also reported that Chrome from Android has increased its speed.

Last week, Google rolled out the latest version of its browser with the ability to freeze Tab Groups and have PWAs launch on startup. Under-the-hood, Chrome 91 is 23% faster, all thanks to the JavaScript additions.

The update starts with a new JavaScript complier that fills the gap between needing to start executing fast, and optimizing the code for maximum performance.

Chrome uses a complier called Ignition for the former scenario and Turbofan in the latter. Both of them were introduced several years ago as a part of a two-tier compiler system, according to ZDNet.

Sparkplug adds another complier and strikes a balance between the two in that it generates native machine code, but does not depend on information learned while executing the JavaScript code.

Meanwhile, short built-ins have the V8 engine optimize where in memory generated code is placed to help avoid indirect jumps when calling functions.

Google stated that short built-in calls are especially impactful for the new Apple M1 chip with more technical details available here. In all, Chrome 81 is now up to 23% faster and saves 17 years of user CPU time every day with these JavaScript updates.

ⓒ 2021 TECHTIMES.com All rights reserved. Do not reproduce without permission.
Tags: Chrome Screenshot Software
Most Popular