AMD has recently released a suspicious email that includes a mysterious teaser that is hinting at the next GPU. According to the card manufacturer, the new technology would soon be unveiled which is described as "Something Big is coming." Could this mean that we are yet to receive a new Radeon Pro GPU?

AMD's 'Something Big is Coming' Sparks Curiosity Among GPU Fans 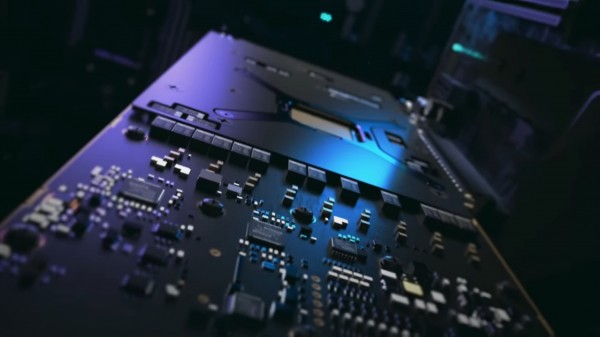 (Photo : AMD via screenshot from YouTube)
AMD's unlisted 13-second clip entitled "Something Big is coming." The leak says that it could be about the new Radeon Pro GPU with Navi 21.

According to Game Revolution on Thursday, June 3, AMD has uploaded an unlisted YouTube teaser entitled "Something Big is coming" which could mean a thing or two. Either way, we are likely nearing meeting the upcoming Radeon Pro graphics cards.

Judging from the video, the product is sporting flashes of Mini DisplayPorts as well as its blue stripe which resembles the recent Radeon Pro W5700 GPU.

The surprising part of the leaks which have already made rounds on the internet pointed out that the Radeon Pro card would be coming with special Navi 21 Treatment. They will be called the Radeon W6900X and Radeon W6800.

For those who are growing excited after watching the short clip, the report also signaled that it would be released on June 8. Earlier, the previous leaks said that the W6800 series would appear this month and it seemed that it is now coming to the right place according to the expectations of the prominent tipsters.

In fact, the blue color design is not the only eye-catching feature of the "mysterious" product. As we can see, it also sports 6 display ports that would be used for connection purposes.

Until AMD has not yet divulged the final confirmation about the identity of the cards, we could only cling to the fact that it would be the W6800 series that is fast approaching next week.

Wccftech reported that the AMD Radeon cards 6800, 6800XT, and 6900XT contain the Navi-21 architecture. The source also said that you could now use the following graphic cards.

There have been several leaks that also exposed their potential performance. However, these were only mere speculations so their final performance is still subject to change until no official announcement has been made.

Even though the existing yet unreleased Radeon Pro W6000 graphic cards have less driver optimization compared to the Radeon RX 6000 series gaming GPUs, we could not easily conclude the final performance based on their benchmarks.

One thing is sure at the moment: the Radeon RX 6800 (treated with 21) is still slower than the Pro W68000 series. Moreover, it features a huge memory size of up to 32GB VRAM--which is twice bigger than its other counterparts.