The European Union Commission and the United Kingdom regulators launched its antitrust investigation against Facebook. Both are collaborating to know more about the control of the social media giant in its classified ads through its Marketplace service. 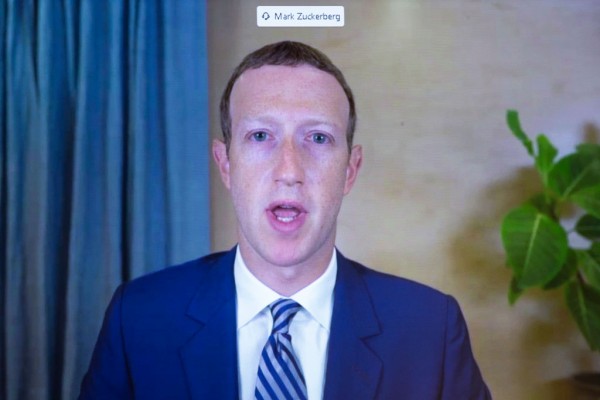 (Photo : by Michael Reynolds-Pool/Getty Images)
WASHINGTON, DC - OCTOBER 28: CEO of Facebook Mark Zuckerberg appears on a monitor as he testifies remotely during the Senate Commerce, Science, and Transportation Committee hearing 'Does Section 230's Sweeping Immunity Enable Big Tech Bad Behavior?', on Capitol Hill, October 28, 2020 in Washington, DC. CEO of Twitter Jack Dorsey; CEO of Alphabet Inc. and its subsidiary Google LLC, Sundar Pichai; and CEO of Facebook Mark Zuckerberg all testified virtually at the hearing. Section 230 of the Communications Decency Act guarantees that tech companies can not be sued for content on their platforms, but the Justice Department has suggested limiting this legislation.

Bloomberg reported that it is the first time that the EU is formally probing Facebook. In the past, it has investigated other tech giants such as Google, Apple, and Microsoft.

In particular, on April 27, Apple faced a similar antitrust investigation from the EU. It involves the in-app purchases in the App Store, and the 30% commission the company receives per transaction.

Separately, Google had to pay a whopping $2.7 billion fine to the Commission in June 2017. The search engine was proven to have manipulated results in its shopping search service.

EU wanted to investigate if Facebook is unfairly competing against its rivals in the classified ads. Furthermore, the Commission wanted to look if the social media giant is using the gathered data from advertisers to its advantage.

Margrethe Vestager, Chief of EU Competition, said that they "will look in detail at whether this data gives Facebook an undue competitive advantage in particular on the online classified ads sector, where people buy and sell goods every day."

Moreover, Vestager noted that the tech giant collects copious data from its users' activity, even outside its platform.

The U.K. will be probing Facebook on the same grounds as the EU as well. As such, the Competition and Market Authority (CMA) will like to determine if Facebook is abusing its market dominance.

In addition, the CMA would like to investigate the dating service of the social media giant for the data it collects too.

Although the U.K. is separately looking into Facebook, it will cooperate with the EU's investigation. CMA said that its probe will run until February 2022.

Although it is the first time that the Commission is launching a formal probe against Facebook, The Verge reported that it has been checking out the Marketplace service since 2019.

Related Article: Facebook to Face Antitrust Investigation in the UK Just Days After it Won Case in France