Apple is going to bring some serious changes to their software ecosystem soon, and it's going to start with iOS 15 and iPadOS 15.

According to AppleInsider, Apple is changing the way notifications behave on their upcoming iOS 15 and iPadOS 15, as part of their drive to push for enhanced user privacy measures. For the aforementioned mobile operating systems, a certain user's "status" will now dictate which notifications will show up. 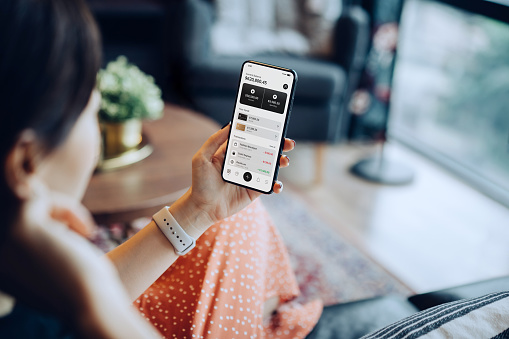 These "statuses" will include anything from mundane tasks such as driving, being in a meeting, or even sleeping. Every single notification not allowed for a certain status will be silenced until the user changes their status to a different one. This is going to be perfect for those who don't want their device notifications blowing up, especially if they don't want to be disturbed.

According to Bloomberg, Apple is taking the initiative about combating invasive apps, which seems to be prevalent on their proprietary devices. And these apps are something that piss a lot of users off, which is why the upcoming Apple WWDC 2021 is one of the highly-anticipated tech events of the year.

Read also: Apple's New iOS 15 - Everything You Need to Know

Apple to Bring Massive Changes, And People Are All for It

There's not a lot of information about iOS 15, but what we do have are really good things that paint a great picture for Apple as a whole.

(Photo : Emanuele Cremaschi/Getty Images)
MILAN, ITALY - APRIL 27: A woman in a face mask walk past the fountain of the Apple Inc.'s flagship store in Piazza del Liberty square, on April 27, 2021 in Milan, Italy. Cafes, bars, restaurants, cinemas and concert halls will partially reopen across Italy in a boost for coronavirus-hit businesses, as parliament debates the government's 220-billion-euro ($266-billion) EU-funded recovery plan, the biggest in Europe so far.

Again, let's go back to the push for increased user privacy. It's about time that Apple did something about this long-standing issue because, frankly, their software development and distribution practices have not had a lot of fans in recent years. Only look at the recent Apple vs. Epic trials, and you'll see what the fuss is about.

With the impending release of iOS 15, Apple is expected to take user privacy measures to a whole new level, which is something they've been trying to improve over the years. For instance, last year's WWDC introduced their so-called "nutrition labels," which allowed users to see which apps use their personal data and how these are being used (or abused).

Aside from this, there's also app tracking transparency, which basically requires app developers to ask permission from users in order to be able to track their data. Couple this with the notification updates mentioned earlier in this article, and there could be less of a chance that you or any other user would unknowingly share their personal information at the single click of an unwanted notification. Now that is something to look forward to, but it makes sense to temper expectations until official updates are announced.

Apple is set to hold this year's WWDC from June 7 to June 11, and a lot of fans are waiting with bated breath for any much-needed software updates that could change the way they experience their devices. The keynote is slated to start at 10:00 A.M. PDT, with the entire event streamed from the company's Cupertino, California campus.

Epic is Suing Apple for Welfare of All Developers, but Admits Willingness to Accept Special Deal

Apple WWDC Expected To Bring Safari, Maps, and iMessage Updates; When and How To Watch