Epic is Suing Apple for Welfare of All Developers, but Admits Willingness to Accept Special Deal

Epic's lawyer said in a previous statement that Epic is suing Apple for the welfare of all developers. Despite this, Epic Games CEO Tim Sweeney confirms that he would take a special deal reducing commissions if Apple would offer. He said it in reposne to his lawyer's question during the trial on Tuesday.

The question to Sweeney may have underscored Forrest's reason for fighting the tech giant. In a report by CNET, the attorney said that "Epic is suing for change, not just for itself, but for all developers."

Lawyer of Epic Katherine Forrest asked Sweeney if he would have taken a deal with Apple, which would mean getting special treatment while other developers still suffer.

And the CEO, as reported by Apple Insider, goes on to reply "yes, I would have." 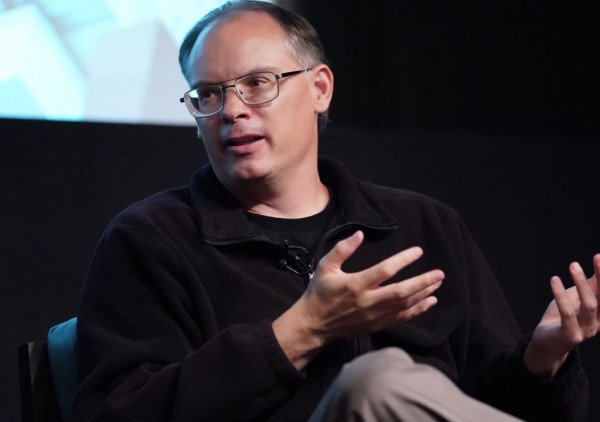 (Photo : Photo by Rachel Luna/Getty Images)
Epic Games CEO Tim Sweeney confirmed that, if Apple would offer, he would take a special deal reducing the commissions. He said it as an answer to his lawyer’s question during the trial on Tuesday.

Painting a Picture That Apple is Unwilling to Negotiate?

Sweeney's admission is despite the opening statement of Epic slamming Apple for being a monopolist and taking apps hostage with its current commission structure, CNET reported.

Looking back, Epic, since last 2020, was booted out of the App Store after collecting payment from its users on its website.

Furthermore, Apple claimed that Epic is using the trial as a stunt to increase the monthly users of 'Fortnite.'

Read Also: 'Fortnite' Maker Still 'Firm' in its Decision to NOT Go Back to Apple, Over 30% Commission Direct Payment

"Rather than investing in innovation," Apple's lawyer Karen Dunn said, "Epic invested in lawyers, PR, and policy consultants in an effort to get all of the benefits Apple provides without paying."

It is to be remembered that Sweeney said that he did not ask for special treatment from Apple. He goes on to add that he wanted all App Store developers to have the same payment process.

Apple, on the other hand, previously alleged that Epic asked for an individual arrangement. The former, in a CNBC report, cited emails from Sweeney.

Forrest's question, seemingly, wanted to paint a picture that Apple was unwilling to negotiate a special arrangement. It may be the reason why their side brought it up first.

Also mentioned in the cross-examination was that Sweeney preferred an iPhone, Apple Insider reported.

When asked why, the report added that he applauds Apple's ethical treatment of user data, privacy, and security. He even goes on to add that he has given away the Android devices he received.

Another piece of information revealed in the trial was that the Epic CEO was, indeed, trying to change the App Store since 2015. He then contacted Tim Cook and asked "Apple separate iOS App Store curation from compliance review and app distribution," Apple Insider said.

In addition, the three-week Apple and Epic trial kicked off on Monday, May 3, at the federal court of Oakland, California. Legal experts, regulators, and even tech giants are closely monitoring how the antitrust law works at big tech companies.

Related Article: 'Fornite' vs. Apple: Half of its Revenue is from PS4, Epic Games Not to Lose if it Does Not Return to iOS

Apple Only Wants One Thing From Epic's Fortnite: 'Get us Paid!'