"Minecraft 1.17" update, called the Cliffs and Caves update, will take place on Tuesday, June 8, as game creator Mojang Studios confirmed. The live announcement will be making the download available for both Java and Bedrock Editions.

Previous reports said that the upcoming "Minecraft" update is expected to arrive at around 3 PM BST. Many users have known that the early teasers could hint at what's next to come big in the game. This week, the Swedish video game developer finalized that it would be moved to a different date.

'Minecraft 1.17' is Bringing Cliffs and Caves to Bedrock and Java 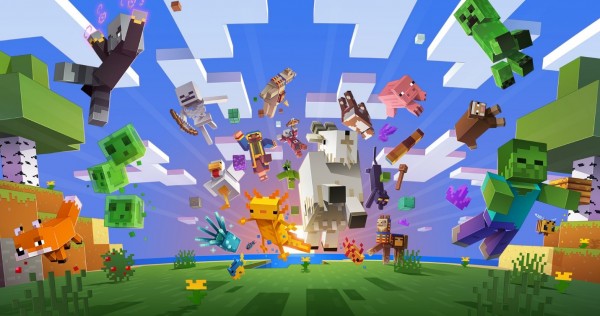 (Photo : Klobrille (@klobrille) via screenshot from Twitter)
"Minecraft 1.17" update for Java and Bedrock Editions is coming this week.

According to Windows Central on Monday, June 7, Mojang has concluded that the release of the approaching expansion was final as we head to Part 1 of the Caves and Cliffs expansion.

"Minecraft: Bedrock Edition" will be coming to next-gen consoles such as PlayStation 5, Xbox Series X|S, Xbox One, Nintendo Switch, and PS4. Windows 10, Android, and iOS users could also download the update upon completion. On the other hand, Windows, Linux, and macOS users could install the "Minecraft: Java Edition."

Mojang has decided the separation of the updates into two parts considering the download size. Specifically, the Stockholm-headquartered studio will be pushing the first part of the Caves and Cliffs expansion that would feature new items, mobs, and blocks.

In addition, we could also see the Copper Ore Block that would be next introduced after the 2013 Redstone update that featured the Nether Quartz.

For this part, a "Minecraft" player could gather them in two forms. First is the regular way, which is easy to spot in the stone and in caves. If you are aiming for a more adventurous setup, you could aim for the second, rarer version- the bottom of the world.

Read Also: 'Minecraft' Streamer Dream Confesses on his Speedrun Cheating, Then Apologizes After

According to Mojang, you could also acquire them through mining, but you should consider these things in doing so. The copper veins are located at medium depths, but be aware that the location should not be "too close" to the surface.

However, while you could gather copper, you can't get it as an ingot and will come as little shreds of raw materials. You can retrieve a copper ingot after smelting them in a furnace.

According to Express, Mojang's recently-released snapshots of the updates could mean that it was giving new content that we haven't yet encountered.

"The good news is that the update also includes the lovely and totally-harmless-unless-you're-a-drowned axolotls! Unfortunately, they're confined to either water or a bucket, so they won't be able to join my anti-goat crusade. But that's not all - the once Minecraft Earth-exclusive mob, the glow squid, will also be gracing our oceans!" Mojang revealed in its previous message.