'Fortnite': How to Get Superman Skin in Chapter 2 Season 7 Invasion

"Fortnite" has debuted Superman skin in the latest Battle Pass showcase it had, along with the popular scientist Rick Sanchez from "Rick and Morty." However, there are no exact details of when the Man of Steel's presence will dawn the battle royale, and one sure thing is that Epic Games would not release this skin yet, during this time. 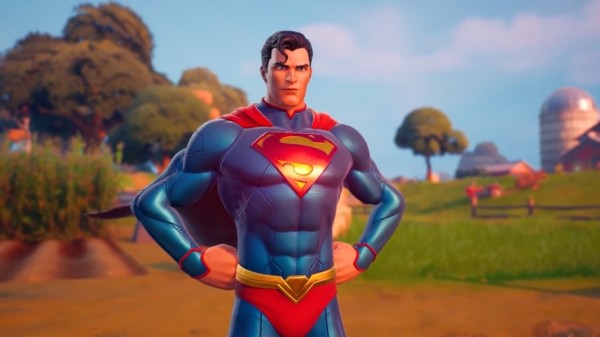 DC Comics and "Fortnite" have been in collaboration for a long time now, bringing a lot of superhero and villain skins on the platform. The most recent is with Deathstroke and Batman's Zero Point crossover, which was also a limited story arc in DC which featured the Dark Knight along with characters from "Fortnite's" lore and creation.

Chapter 2 Season 6 has certainly brought "Primal" to the next level with its bizarre theme and massive collaborations with massive media entities like the NBA, the Mistborn novel series, and more. But that has ended, as "Invasion" comes to the game, featuring an alien-themed Battle Royale, beginning with the most-loved alien in the comic world, Clark Kent.

After the release of "Fortnite's" Chapter 2 Season 7 Battle Pass for "Invasion," a lot of easter eggs were seen by gamers, which have not been announced by Epic Games. This includes Adult Swim's Rick Sanchez from "Rick and Morty," and Superman from DC Comics.

They are confirmed via the recent trailer, but not much was known about them, and that Battle Pass trailer has shown a lot of new developments in the game, including the return of the Battle Star rewards system. The biggest takeaway here is still Rick and Superman to be arriving as game skins, with Superman getting the 3D animation signature of "Fortnite," while Rick Sanchez will retain his cartoonish animation from Adult Swim.

How to Get Superman in 'Fortnite'?

In the recent release notes of Chapter 2 Season 7, there was not much divulged about the two new characters to dawn "Fortnite," especially with Superman. Initially, what players need to secure is the Season 7 Battle Pass to get the Man of Steel, and the next thing to do is to wait until August 12 before getting the batch of cosmetics for Superman.

Yes, that is right, Superman would not be available in "Fortnite" until Thursday, August 12, which would be a two-month wait from now. Additionally, the Man of Steel could not be bought, as players need to accumulate enough Battle Stars to purchase the skins, accessories, and cosmetics of the character.

There would be a total of four skins including the classic red and blue Superman, Clark Kent in civilian clothes, a Black Superman suit, and a black version of Clark Kent in a civilian suit.

Other accessories include Superman's cape as a glider, a spray that outputs the 'S' or House of El from his logo, a pickaxe from the Fortress of Solitude's crystal, and back bling with the Daily Planet logo.