"Fortnite's" Season 6 comes to its final curtain call, and as such, the latest teaser for the Chapter 2 Season 7 hints at a "Rick and Morty" crossover. 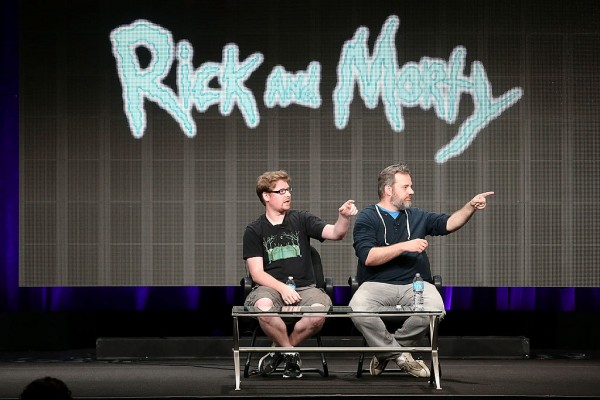 It is not the first time that "Fortnite" gave its players a crossover. Hence, it is not farfetched that "Rick and Morty" could end up in the game's universe.

In the past season, as per Polygon, the cultural phenomenon had joined forces with DC's Batman, "Horizon Zero Dawn," and, on a crazier note, the guy from the Stonks meme. Just recently, "Fortnite" released a Bella Poarch emote, as the TikTok star released her latest single.

Epic Games teased the newest season of the battle royale craze in a 10-second video on Twitter. The trailer showed three floating objects. And one of which is an item that was originally seen in the first season of "Rick and Morty."

Although "Fortnite" calls it the "transportation bot," to the knowledge of the animated series fans: it is rather called a Butter Bot. More precisely, its function is to simply hand over the butter to Rick at his convenience.

Despite differences in names of the Butter Bot, titular characters Rick and Morty are now seen on the loading screen for Chapter 2 Season 7.

It comes after Epic Games tweeted that "downtime for Chapter 2 Season 7 (v17.00) has begun." The company further added: "We'll let you all know when downtime has ended and services are back up."

Read Also: This Special Nintendo 3DS Explains That Obscure Joke From 'Rick And Morty' - Yours For $1,000

Aside from the famed duo of an AdultSwim animated series, DC's Superman and Marvel's Loki were also seen at the Battle Pass.

The new crossovers are anticipated to come alongside the aliens in Season 7. The speculation of extraterrestrial creatures in "Fortnite" started after the UPO-sightings in the game. Some players also got abducted by the flying saucer.

With the apparent coming of aliens, "Rick and Morty" definitely fits into the overall theme.

Furthermore, the Primal weapons are expected to be replaced with alien-fighting weaponry. According to Express, there will be a laser-shooting Pulsar 9000 energy rifle as well.

In addition, Epic tweeted: "With the launch of the new Season, please note that patch sizes will be larger than normal on all platforms."

The newest season will be introducing new skins, items, emotes, and more crossovers! What is clear for now, as the loading page of the latest season suggest is that "Ricky and Morty," Superman, and Loki will be added to the list of "Fornite" crossovers.

It is how the battle royale game works now.