Since the late 1990s, Internet capabilities have exploded and computer processor technology has improved at such a fast rate that the Internet at lightning speeds was accessible everywhere. With the introduction of affordable broadband Internet connectivity for homes, many publishers turned to online games as a way of innovating.

With this came the birth of MMORPG (massively multiplayer online role-playing games), which allows millions of players worldwide to play, interact and compete against fellow gamers on the same platform.

The first multiplayer online role-playing games adapted the new 3D graphics approach, creating virtual worlds on screen. Having started with Meridian 59 in 1996, it was popularized by games such as Ultima Online and EverQuest and Asheron's Call. 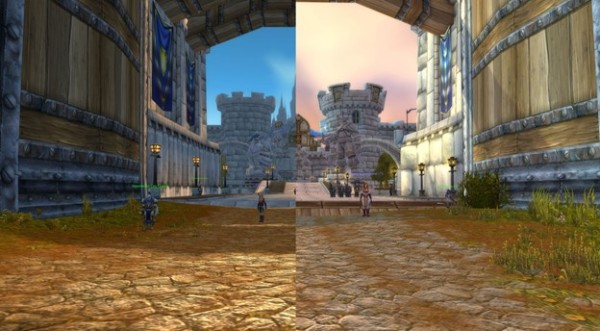 Blizzard Entertainment's World of Warcraft (WoW) is a massively multiplayer online (MMO) role-playing game that was launched in 2001 and published in 2004. WoW takes place in the realm of Azeroth, which is set in the Warcraft fictional realm.

The game allows users to create a character avatar and explore an open game world in third- or first-person mode, exploring the scenery, battling numerous creatures, finishing quests, and interacting with NPCs and other players.

With its popularity, millions of players around the world had started playing WoW, which made it a very competitive game, many players who enjoy the game use services for boosts and promotions such as Skycoach Arena Boost. They provide varied services like WoW Character boost, which can also be customized as per the player's needs.

Following the release of World of Warcraft, the MMO genre gained a structure and a set of ideas that would define millions of hours of gameplay over the next decade. Another game in the genre couldn't exist without incorporating certain features from WoW.

Blizzard shifted the paradigm of MMOs after the launch of WoW. Here's what made them gaming industry legends.

WoW gave players never before storytelling and experiences. Colors that were never seen before, visual representations of events that they didn't know were possible to create, and stunning cinematics with such attention to detail that would make even Hollywood feel ashamed. Azeroth is one of the most extraordinarily detailed game spaces ever created.

Putting Fun Back in the Game

WoW has always had excellent and funny writers who cheekily showed their quality through the NPS dialogues, resulting in a game operating on multiple levels. The narrative is grand and operatic. They also figured out that if you are going to spend thousands of hours in a game, tonal variety is important since the real world is silly sometimes, and MMOs should be too.

The notion of leveling through experience rewards granted by completing quests was one of Blizzard's most important innovations. Previously, in other MMOs, you would have to wait in your spot so that mobs would spawn, anyone could steal your kill, and ultimately your quest. This only made it harder for players to finish their quest.

Blizzard used a gaming mechanism called "tagging" the creatures to prevent others from stealing the kill. Blizzard also modified the storyline for how you would quest. Blizzard created cities in the form of questing centers instead of wandering across the world looking for enemies to slay. A player would teleport to a certain hub, accept the quests, and carry on from there.

It resulted in a population of players who were previously immobile. As a result, there was no longer any rivalry for the top positions.

Instances were definitely a feature that changed the gaming industry. After WoW, nearly every MMO maker had instances in their game.

Challenging dungeon runs are referred to as instances. Dungeons used to be nothing more than holes in the ground or abandoned castles where monsters hatched before this innovation. They were segregated from the game to provide a distraction for the player. This would mean dozens of players would queue for the same dungeon, causing chaos. This took away the thrill and also made the players feel bored.

To solve this problem and to make it fun, Blizzard introduced the instance system. Instances would eliminate the player count issue and make it possible for a group of players to do it instead. Segmentation of MMOs into areas with distinct purposes brought back the fun factor but also forced groups to come up with a well - thought plan to beat it.

Raiding had previously existed in other MMOs, but WoW established the guidelines for how massive groups of players would raid in the MMO genre. With the introduction of raids, Blizzard created a new game altogether.

Raids in other MMOs were difficult, limited to a certain amount of people, and only rewarded a select few. Blizzard modified that with the introduction of raid points in WoW, effectively guaranteeing that the player will ultimately acquire some great gears. Tiers were first introduced in WoW as a way of sorting gears and making raids into power ranges.

WoW was responsible for revolutionizing the gaming industry by fundamentally altering the expectations of players and developers in this genre.

After 17 years, 100+ million accounts, and numerous expansions, WoW is still the reigning defending champion of MMORPG. Blizzard didn't create the genre, but they perfected it, which grew into a global phenomenon that changed the way we think about interacting in the digital space.