The Inventor of the World Wide Web, Tim Berners-Lee, is selling its source code as a non-fungible token. Sotheby's auction house is spearheading the bidding, which starts at $1,000. 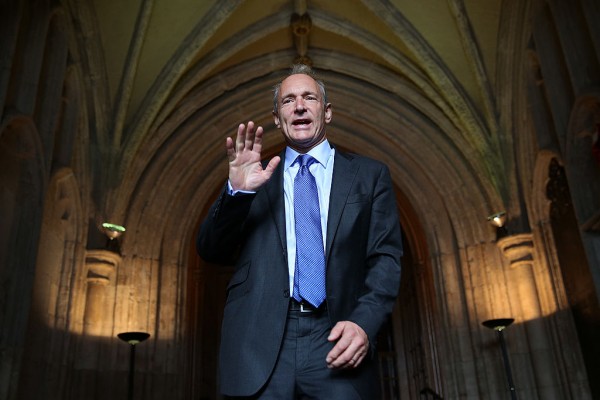 (Photo : by Peter Macdiarmid/Getty Images)
LONDON, ENGLAND - SEPTEMBER 24: Sir Tim Berners-Lee inventor of the World Wide Web waves to photographers as he arrives at Guildhall to receive an Honorary Freedom of the City of London award on September 24, 2014 in London, England. During the ceremony involving the 125 elected Members of the City of London Corporation, Sir Tim will be invited to join the ranks of leading world figures and statesmen, such as Lord Nelson, Winston Churchill, Florence Nightingale, Princess Diana, Nelson Mandela, and most recently, Archbishop Desmond Tutu.

The auction house said that the proceeds will go to the causes that Berners-Lee and his wife have chosen beforehand. Berners-Lee surprisingly decided to allow the source code to remain unpatented, despite the recognition that it received, as per BBC.

Reuters reported that Berners-Lee founded the Web way back in 1989. Since then, people's lives have completely changed due to it.

The revolutionary invention has been heralded as one of the most noteworthy ever since the 15th century.

In December 11, 2014, Berners-Lee said that the internet should be considered as a human right, away from interference of politicians.

Additionally, the Web founder also built the first-ever web browser and server in the same year. And, of course, the inventor also made the first web page. However, it does not function like what most sites complexly do now. It only informed its users that it is "aiming to give universal access to a large universe of documents."

Initially, Berners-Lee attempted to create an application named "WorldWideWeb" on a NeXT computer founded by Steve Jobs, Reuters added to its report. But later on, it has become something bigger than a software.

In hindsight, non-fungible token (NFT) allows its owners to take ownership of all sorts of digital items. In the past, it has also sold a famous YouTube video, and mostly memes that flooded the internet for some time.

Critics of NFTs are worried about the environmental impact of the technology. It is also looked down on as a mere scheme to create a fortune.

So, why was it sold as an NFT?

Berners-Lee explained that "it's a natural thing to do as when you're a computer scientist and when you write code and have been for many years."

He also added in a statement that it is only befitting to digitally sign a "digital artefact." To the founder, it is "it's a natural thing to do as when you're a computer scientist and when you write code and have been for many years."

Also, Sotheby's claimed that the carbon footprint from the sale is insignificant.

Read Also: World Wide Web Inventor Tim Berners-Lee: To Save The Web, These Three Things Must Be Changed

The signed digital NFT includes four digital items: the original time-stamped files, animated visualization of the code, the process of it as written by the founder, and a digital poster by Tim Berners-Lee himself.

The auction opens on June 23 and closes on June 30. Moreover, the sale of the source code does not automatically transfer its copyright to the owner.