The new NASA Minotaur 1, the latest spacecraft of the international space agency, is about to lift off.

Although NASA might have delayed its space launch for more than two hours on Tuesday, June 15, some sources still claimed that the Minotaur 1 rocket's launch is still being prepared from the Wallops Flight Facility. 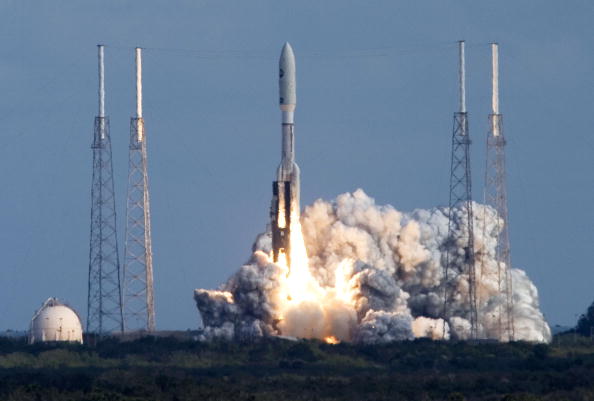 Once NASA sends it off to space, the new rocket will be visible along the East Coast. On the other hand, Northrop Grumman Corporation, the developer of the Minotaur 1 rocket, confirmed that the new spacecraft will lift off at exactly 9:35 a.m. in Wallops Island, Virginia.

Although lift-off is confirmed, NASA explained that its visibility will still depend on the weather. However, the international space agency also added that the new Minotaur 1 could also be visible from many eastern states. These specifically include New York, Pennsylvania, and New Jersey.

According to NJ True Jersey's latest report, Minotaur 1 rocket will carry three national security payloads, which the National Reconnaissance Office will use.

On the other hand, the new space activity of NASA was also supported by the U.S. Space Force and the Missle System Center's Launch Enterprise. 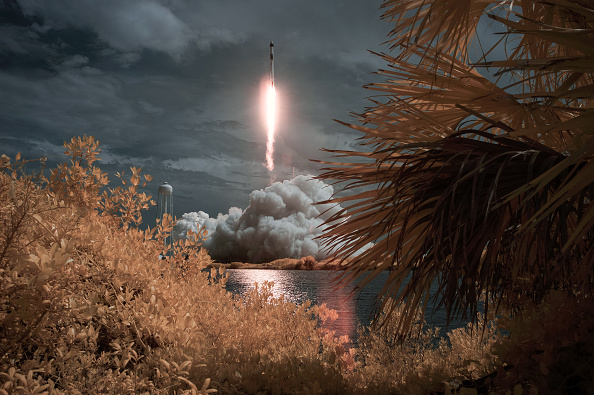 (Photo : Photo by Bill Ingalls/NASA via Getty Images)
In this NASA handout image, A SpaceX Falcon 9 rocket carrying the company's Crew Dragon spacecraft is seen in this false color infrared exposure as it is launched on NASAs SpaceX Demo-2 mission to the International Space Station with NASA astronauts Robert Behnken and Douglas Hurley onboard, Saturday, May 30, 2020, at NASAs Kennedy Space Center in Florida.

Also Read: NASA Spacesuits To Be Used by NASCAR, Race Drivers to Keep their Seats Cool-How Does it Work?

NASA stated that once the rocket reaches Earth's atmosphere, it will be visible from anywhere in New Jersey, New York City, and eastern Pennsylvania. However, those who are interested in watching it should quick since it will only be visible for 60 seconds after its take-off.

But, if you want to watch it within the comfort of your house, all you need to is visit Wallops' official YouTube channel or you can easily click this link. Aside from Wallops, NASA is also expected to release launch updates on its official Twitter and Facebook accounts.

NASA Is Also Working On A New Space Telescope

SpaceX, Blue Origins, and other space companies are becoming more active than ever. But, NASA is also joining their hype since it is also working on a space telescope.

SciTech Daily reported that this new space tool is believed to have the ability to detect asteroids. Once it is finished, this could really help the world prepare if a massive heavenly body is approaching the planet.

For more news updates about NASA and its space technologies, always keep your tabs open here at TechTimes.