Ample Branches out to New York, Japan for its EV Battery Swapping Stations That Are Fully Autonomous

Ample is branching out to New York City and Japan with its electric vehicle battery swapping stations that are known to be fully autonomous. Battery swapping stations are for older EVs or those which cannot hold a charge due to depleted cells. While most are still under warranty or required to be brought to exclusive retailers, there are some that need a third-party option. 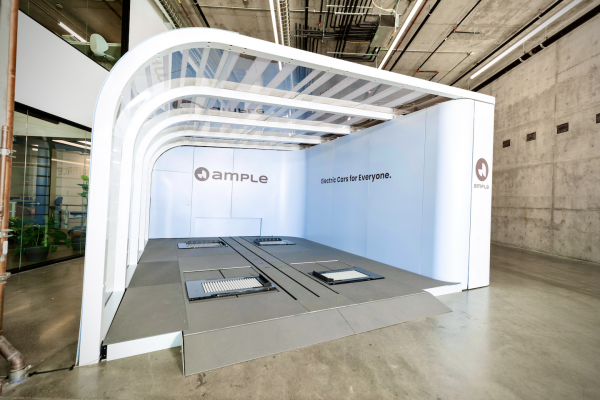 The expansion will be focused on two major electric vehicle locations in the world, and it would be in the Big Apple New York City, and Tokyo, Japan. This is also in partnership with another company, namely the Japanese energy and petrol company Eneos. This would ensure the daily operations and distribution of the tech among the said cities.

Most electric vehicles sold in the country offer in-house repairs, replacements, and batteries within their shops and dealerships, and most EV power cells are under warranty for no more than five years. This means that Ample will give life to older and out-of-warranty power cells (due to certain parameters), focusing more on aftermarket savings and deductions.

Read Also: Apple EV Could be Too Late in the Game Notes Tesla Bull | Apple Starts While Tesla Moves to Autonomous Robots

According to Ample's press release, the company aims to bring an autonomous battery service for electric vehicles, without the muss and fuss compared to when a human works on it. And while robotics or autonomous stations like this may lead people to be skeptical, the company promises that its technology for every car is top-notch.

Certainly, only supported vehicles can be serviced within Ample's swapping stations, and eligibility may be determined once stepping into the machine used for the procedure. The company also assures that it can serve a lot of cars for its technology, encompassing a lot of customers and brands of electric vehicles amidst these changes.

Soon, Ample's venture would prove to be a massive thing, especially as ride-hailing app electric cars would be most of its target, as they would maximize the use of a power cell within the vehicle. Moreover, Uber, Lyft, and other ride-hailing companies are subject to the 2030 electric mobility law, which could push more EVs into existence.

What is a Battery Swapping Station?

The company was established in 2014 and has lept out to public knowledge in recent years, especially as it focused more on developing swapping stations that focused on EV-centered countries. This will be massive for the likes of the European continent, where EVs have been big in the past decade, and have their cars in dire need of battery replacement.

Battery Swapping Stations are as described with their names, and they swap out power cells that make an electric vehicle function and move. The source of energy may sometimes be depleted or cannot hold a charge, and sometimes, the budget does not cut it from the brand's battery replacement offers.