Forget about "Hyrule Warriors" for a moment now, and give way to the original timeline which features Princess Zelda and Link's main story in the game series which has been there since the mid-80s. What the new title would focus on is Link's adventure to a new region in Hyrule, which was never before seen in the original game until now.

Initially, "Breath of the Wild 2" rumors have been rampant in the past months, saying that E3 2021 was the only thing that the developer and publisher have waited for its initial unveiling. And this indicates that the rumors were right, and confirms the game during the last moments of E3 2021, and is one of the biggest bombs to drop in this event.

Read Also: 'Hyrule Warriors: Age of Calamity' Has a Secret Ending, Here's How to Unlock the True Finale

'The Legend of Zelda: Breath of the Wild 2' 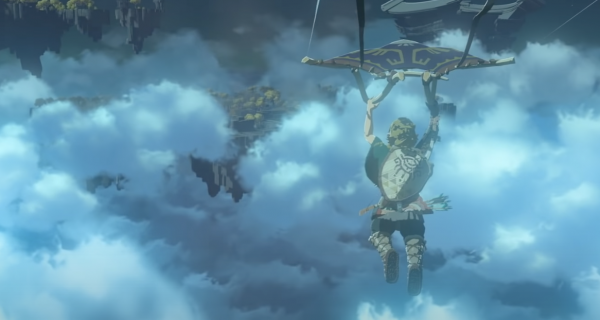 Nintendo is giving its gamers a chance to "Return to Hyrule" and explore a new region in the game's fictional land of magic, kingdoms, and more. The E3 2021 showcase of Nintendo has dropped the latest trailer for "Breath of the Wild 2," and it has given fans and gamers a chance to look into what the new game has to offer.

Currently, the second game for the Nintendo Switch in the original storyline of Zelda has no name yet, and Nintendo only calls it the "Sequel to The Legend of Zelda: Breath of the Wild." The game may receive the number 2 on its end for its official name, or Nintendo and its developers may add a special name that would highlight the entire game.

Maybe something like "The Skies of Hyrule," particularly because this is the unseen region of Hyrule which were promised to gamers, and what the trailer has shown the public, with Link performing a freefall.

What Will 'Breath of the Wild 2' Be All About?

Since the main theme of the trailer focused on heavy content about sky travels and adventures, its plot would focus more on the aerial domain of Hyrule, and its untouched region thereof. The game also showed a new unidentified baddie at the very start and towards the end, showing Link to be going toe-to-toe with the mystical force.

According to Polygon, the sequel to the original "Breath of the Wild," was first announced in 2019, which means that this game was more than 2 years in the making, and is on the road for 5 years since the first title. Nintendo said that it plans to release the game by 2022, as shown in the end, right before it cuts to the company logo.

Related Article: 'Zelda: Breath of the Wild' How to Purchase and Enhance a House for Link