'Hyrule Warriors: Age of Calamity' Guide: How to Unlock the Game's Secret and True Ending

"Legend of Zelda" fans might have been surprised a few times by "Hyrule Warriors: Age of Calamity."

DISCLAIMER: The following guide will contain MAJOR SPOILERS. Read at your own risk. 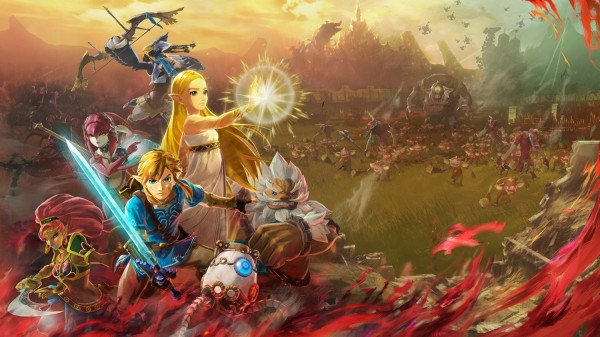 (Photo : The Legend of Zelda / Facebook)
The secret ending can be achieved with a little more time and effort.

Preventing 'Breath of the Wild' Events

First, it was announced as the prequel to "Breath of the Wild," which was initially launched in March 2017 for the Nintendo Switch. The game itself has some great twists and turns that nobody expected, especially as it has some similarities with the central "Legend of Zelda" storyline.

That said, everything "Age of Calamity" threw was a pleasant one--except, perhaps, the death of Terrako.

Basically, the "Age of Calamity" sort of threw us a "Final Fantasy 7 Remake" and created a "Legend of Zelda" timeline split, which led to the prevention of the happenings in "Breath of the Wild," as Zelda was able to seal Calamity Ganon.

All this was possible thanks to a little white Guardian known as Terrako.

For those who don't know, Terrako is a new addition to the franchise, an adorable little robot from the future that was sent to the past to change the events of "Breath of the Wild."

During the finale of "Hyrule Warriors: Age of Calamity," the little Terrako sacrificed itself to weaken Ganon, enabling Zelda to seal the villain away forever, meaning The Champions are alive and the outcome fans saw in "Breath of the Wild" had been prevented in this timeslip.

But while fans are happy with the outcome, they still can't help but feel heartbroken by Terrako's sacrifice.

Fortunately, "Age of Calamity" has a secret ending that fans can unlock, allowing them to see the true finale where the Champions revive the Guardian.

According to ScreenRant, the cutscene is short, but it does make the ending much better and happier than the initial one fans have witnessed, and for players that want to see the finale scene themselves, all it really needs is a bit more time and effort.

To unlock "Age of Calamity's" secret ending, players need to beat the main game first and go through the heartbreaking death of Terrako and the ultimate victory of the Champions.

Then, the magic happens post-game.

How to Unlock 'Age of Calamity's' Secret Ending

After beating the game, several side-quests will be available and will drop Terrako parts, and these quests can be easily identified as it shows a Terrako icon on the map, so check out these side-quests as you follow the main quests.

Some quests that drop the parts are hidden in the main storyline.

There are a total of 50 Terrako parts that "Age of Calamity" players have to collect, then after the "Terrako Returns" mission, the character will be unlocked along with the secret ending that everyone can finally witness.

It may take quite some time to beat the game again, but it's something many fans will most likely do to bring back the beloved character who's stolen everyone's hearts.

For those who want to play "Hyrule Warriors: Age of Calamity," the title is exclusively available for Nintendo Switch.