"Call of Duty Black Ops: Cold War's" latest update will be coming soon in the next-gen consoles and PC. The 1.18 patch for Season 4 will require the player to have free storage of around 31 GB which would still depend on the device that he/she is using.

Moreover, this week would introduce some features that would return to the game. 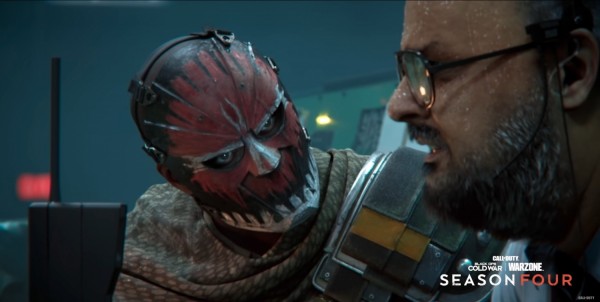 Finally, the 'COD' fans can now enjoy playing the latest patch for this week. If you live in the North American region, the update time for the patch will be on June 15 at 9 AM PDT. However, for those who reside in the UK, you could expect that the update would be released on June 16 at 5 AM BST.

In the next 24 hours, Season 4 will be released on June 17, but this time with "Call of Duty Warzone's" recent content. We could expect more of them as we head over the weekend.

In line with the major launch of the game's patch, Activision said that it has now unveiled the full patch notes linked to the "Black Ops: Cold War Season 4," Forbes reported on Tuesday, June 15.

Moreover, the zombie mode lovers would surely love the content since it would be focusing more on the said mode. However, as far as we notice, the plans could stretch until the mid-season patch. As of Wednesday, June 17, the players could now dive into the Outbreak mode in search of what the new region could offer to them.

"It's feeding time in Outbreak. At the launch of Season Four, prepare for your squad to get a little wild with this new Outbreak region deep within the Ural Mountains, set in a sprawling zoo overrun by the undead," Activision teases earlier.

The "COD" publisher also warned the gamers to never feed the zombies as they do their remaining tasks. It also gave a hint about the Dark Aether story Intel, as well as the Zoo location.

How Large is the File Size of 'Call of Duty Season 4' Patch?

According to Express' latest report, you should expect a download size of around 15.8 to 31 GB if you already pre-owned the "Black Ops Cold War." On the other hand, if you have the free-to-play "Warzone," you need to have a vacant space of 11.4 to 14.6 GB.

Activision said that PC users should have much larger disk space for the copying of the files.

The following download sizes below differ for each device.

The patch notes will tour you to another set of features that would be incorporated in the latest game mode. The first one is the Multi-Team: Sat-Link which would allow you to keep your satellite online as long as you are collecting points via the latest mode. You would see the Ural Mountains housing different locales.

Once you are in the location, there will be some date being sent to you. Your job is simple: wipe other squads who are hindering your progress.

The last one which has already come to the first "COD Black Ops" is now returning to the game. "One in the Chamber" will allow you to have only a single bullet from the get-go. If you successfully slay an enemy, you would receive one.