GTA Online to Shut Down for PS3 and Xbox 360, Launch in Newer Consoles

"GTA Online," the online multiplayer mode of "Grand Theft Auto V" published by Rockstar Games, will be shutting down its PlayStation 3 and Xbox 360 servers on December 16.

According to The Verge, website stat tracking for "GTA Online" will also end on this date. In addition, Shark Cash Cards can no longer be purchased after September 15, meaning players will no longer be able to unlock in-game currency for these consoles.

Rockstar Games, however, has assured in an announcement on its official website that these shutdowns will have no effect "will have no impact on access to, or progress within, the Grand Theft Auto V Story Mode."

PS3 and Xbox 360 website stat tracking for other video game titles published by the company will also end a day after GTA Online's. These include "L.A. Noire" and "Max Payne 3." "Max Payne 3" will also see the shutdown of their online multiplayer and leaderboards.

It has been eight years since "GTA V" debuted on the PS3 and Xbox 360 and went on to become one of the most successful video games in history. While its online version may be bidding goodbye to its original consoles, "GTA" fans will be able to enjoy them on newer platforms this year.

"GTA V" and "GTA Online" will both be debuting on the PlayStation V and Xbox Series X|S on November 11. In a statement, Rockstar Games said new features will be included in these releases as well as special benefits for players to enjoy.

The standalone version of "GTA Online" will be available for free exclusively on PlayStation 5 for the first three months upon its launch.

Related Article: Grand Theft Auto V Has Now Sold More Copies In The US Than Any Other Game 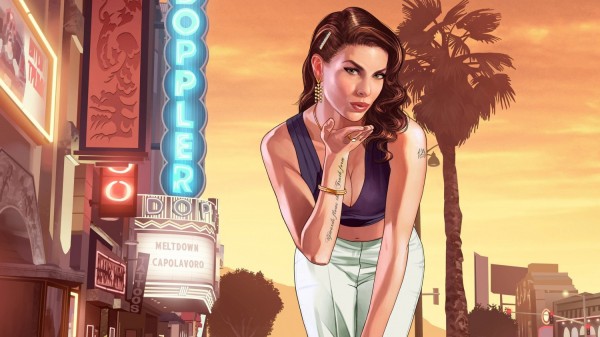 Set in the fictional state of San Andreas, "Grand Theft V" is the follow-up to "Grand Theft Auto IV," which made its debut in 2008. The action-adventure game follows the story of three characters, Michael De Santa, Franklin Clinton, and Trever Philips, as they commit heists all over San Andreas.

Critically-acclaimed and a hit among video game players worldwide, "GTA V" went on to break six sales world records in 2013. Per the Guinness World Records, it earned the highest revenue generated by an entertainment product within a 24-hour timeframe. It is also the fastest entertainment product to gross $1 billion.

A study done in 2015 also showed that "GTA V" is the most pirated game online. In 2016, the game was the most talked about video game on Twitter.

Its overwhelming success is not without its fair share of criticisms and controversies. Critics have often pointed out its excessive depiction of violence and unfair treatment of women. A player on Reddit even went as far as to count how many people you have to kill to complete "GTA V."