Apple CEO Tim Cook shared some of the companies' policies and strategies. The Cupertino boss said that sideloading of apps implies the security of the iPhone.

During the virtual interview at the Vivatech conference, the 60-year-old executive officer expressed his excitement about the future technologies that the firm will bring in the future. 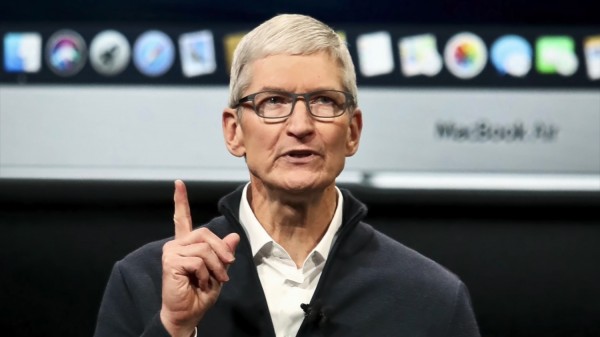 According to Macrumors on Wednesday, June 16, Cook imparted to the participants that the company sees privacy as a "basic human right." For many years, Apple has been experimenting with how to improve its privacy since users have been experiencing drawbacks lately.

Cook continued that Apple wants to include privacy in its key values since no one wants to be caged by a narrowed freedom. Indeed, the iPhone maker should continue updating its regulations about the user's privacy.

During the GAFA (Google, Apple, Facebook, Amazon) discussion, the former chief operating officer said that he did not like the acronym stating that these companies shared a common denominator. In fact, Cook believed that various firms have different core values that they follow.

Moreover, Cook mentioned that Apple would support GDPR since many multinational companies have been adopting it. A global firm like Apple expressed its full support from the get-go since there's still so much to do with the privacy issues.

What Cook pointed out in the discussion is the sideloading of the apps on the iPhone which he said would have an impact on the security of the smartphone.

Furthermore, the launch of initiatives concerning privacy should have started a long time ago. Apple relies on the App Tracking Transparency which "forces" people to first have permission to track the applications.

Moving forward to the virtual forum, Cook even mentioned Android to be 47x malware-prone compared to iOS. The Apple CEO is positive that the company would be compliant with the user's requests. The tech giant also has plans to be carbon neutral by 2030.

Besides discussion about app sideloading and privacy regulations, the tycoon has some words about the future products that could arrive in the future. For instance, Cook said that the iPhone 30 is possible to come 20 years from now.

By the time that it arrives, it would be farther from what iPhone 12 can do in terms of hardware and software developments. Cook told the audience that he was "excited" about so "many things" in many years to come. This includes improvements in AI and AR, Ars Technica reported.

In terms of health tech, Apple Watch is primarily a promising product for those who love to track their health status. More features are expected to be innovated in the smartwatch in line with the long roadmap of the company.

When asked about the failures of the firm, Cook confessed that Apple "fails all the time" but they always did their best so customers wouldn't feel the impact.

"In terms of a car, I've got to keep some secrets. There always has to be something up our sleeve, so I don't think I'll comment on the car rumor," Cook said at the end.