OG Ana's Story: Why This 'Dota 2' Player Retires? What's Next After Retirement?

OG's Ana (Anathan Pham) confirmed that he will finally leave the giant professional world of "Dota 2," one of the world's most popular strategic titles.

(Photo : Screenshot from Twitter post of @LittleBig268)
OG Ana's Story: Here's Why This 'Dota 2' Player Retires; Will He Play A New Game?

@anadota99 You’re the reason makes me watching at dota 2 But without you now Dota 2 no life anymore for me . You’re grow up? Yes grow up.
Anyway ~~~You're still to be my happiness. You're still to be my MVP. You're to be my OG ana.bit And always support. Love U more,Ana pic.twitter.com/d5hFWHXYQb

Also Read: 'Dota 2 TI Will Have PSG.LGD As One Of the Competing Teams: Here are Other Major Updates

Ana has been confusing the world of "Dota 2" since he rejoined OG, the team he's been loyal to the most, back on Apr. 11. His return is expected to be a large one since the popular TI 10 or The International 10 is about to take place.

"When things go wrong and you're unsure where to go next, the only source of sunlight that you feel like turning to is your friends. Your family," said OG via his official Twitter account.

"The ones that love and accept you for exactly who you are. Welcome back to OG," added the team.

However, the professional "Dota 2" team confirmed that SumaiL, one of its original players, will replace Ana since he will no longer play in the league.

According to One Esports' latest report, Ana, one of the best position one or carry players, is confirmed to leave the popular strategy.

Ana is a popular Spectre, Io, Ember Spirit, and other hard carries. If he did not leave the team, he is supposed to work with the following players: 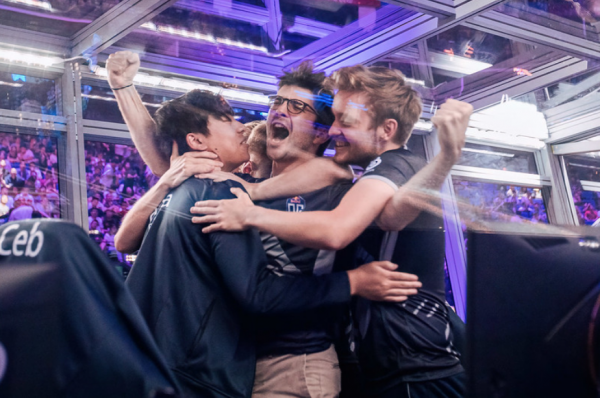 (Photo : Screenshot from Twitter post of @kolievskiytaras)
OG Ana's Story: Here's Why This 'Dota 2' Player Retires; Will He Play A New Game?

It's hard to find the words at such moments.When you were taken to the OG,few believed in you,but you endured and gave BATTLE!You have shown what patience and work are!You are a living legend in the world of D2,and your Ember will remain the best for me!Glory to OG,GLORY to ANA! pic.twitter.com/MpFI8Yu52s

This popular "Dota 2" player will always be remembered since he helped OG became the first to win back-to-back championships in 2019 and 2018 at the global esports tournament The International.

What OG Ana Do Next?

Sports Keeda reported that some rumors and speculations claimed that the previous OG player could be playing in the professional world of "Valorant."

Just like he proved himself in Dota 2, he also reached the rank of Radiant in Valorant, which is the highest possible rank.

On the other hand, this could certainly happen since OG introduced their "Valorant" roster on February 15.

Aside from this, OG also confirmed this June that it had entered the "Valorant" scene three months ago with the Monkey Business team. The professional team currently has very high expectations after witnessing the initial results.

For more news updates about "Dota 2," "Valorant," and other related stories, always keep your tabs open here at TechTimes.