OG Confirms Ana's Return, Another Big Event in 'Dota 2;' Here's What Happened to Him & Will JerAx Return?

OG's popular carry, Ana, finally returns to the team, making a huge noise in the world of "Dota 2" esports. Anathan "Ana" Pham previously left the team back in 2020. 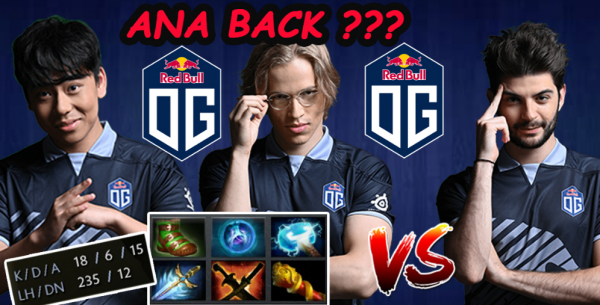 (Photo : Screenshot from Twitter post of @DotaASkadi)
Ana Finally Returns to OG: Here's Why the 'Dota 2' Hard Carry Left in the First Place

And now, OG confirmed that the professional player will be playing for the team once again.

"When things go wrong and you don't know where you're at, the only source of sunlight that you feel like turning to is your friends. Your family," the esports team said via its official Facebook post.

"The ones that love and accept you for exactly who you are. Welcome back to OG³, ana," added OG.

Right now, the OG's latest post generated more than 40,000 reactions, 5,000 comments, and 30,000 shares. Some of the fans showed their excitement for Ana's return to the team.

One of the top fans of OG's Facebook page said that he even screamed when he saw the announcement. This just shows that Ana has many fans that were waiting for his return.

What happened to Ana and JerAx?

Dot Esports previously reported that Ana and Jesse Vainikka, also known as "JerAx," previously announced that they will not be returning in the 2020 season. 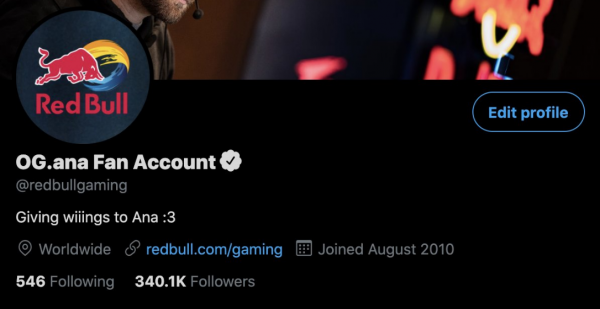 (Photo : Screenshot from Twitter post of @redbullgaming)
Ana Finally Returns to OG: Here's Why the 'Dota 2' Hard Carry Left in the First Place

wait a second Ana back in dota?

On the other hand, Ana said that he will only take a break from "Dota 2" professional tournaments. However, the popular hard carry didn't disclose the exact reason for his decision.

Meanwhile, JerAx previously confirmed that he will completely retire from being a professional esports player, which what really happened. As of the moment, Ana is the only player that was confirmed to return in OG.

Aside from these two team members, Sebastien "Cebs" Debs also said that he will leave the team. But, he is now playing in OG's roster together with N0tail, Saksa, and Topson.

Ana is popular for using midlane champs and other hard-carry heroes. He is also one of the best top carries in the game. According to Dota Buff's stat report, this professional player's top hero is Invoker, which has 549 matches and a more than 66% win rate.

On the other hand, Ember spirit is Ana's second-best pick, with more than 470 matches and a higher win rate of more than 75%. Meanwhile, here are some of the latest heroes he used in "Dota 2" matches:

For more news updates about Ana and his upcoming tournaments, always keep your tabs open here at TechTimes.

Related Article: Overwatch's 'Fearless' Speaks Out About Asian Racism in America-Who Is the Twitch Streamer from Dallas Fuel?