Recently, the Hubble Space Telescope has discovered a distant galaxy possessing a huge amount of energy--black matter. The spiral galaxy called NGC 3254, is found to be glowing through its core. That observation was derived from the energies that all galaxies could release.

According to the experts, the active galaxy is said to be under the Seyfert galaxy. These enormous groups of stars, gas, dark matter, dust, and interplanetary remnants have been prominent thanks to their centers. The findings revealed that they have a unique feature compared to the standard galaxy--the presence of a colossal black hole. 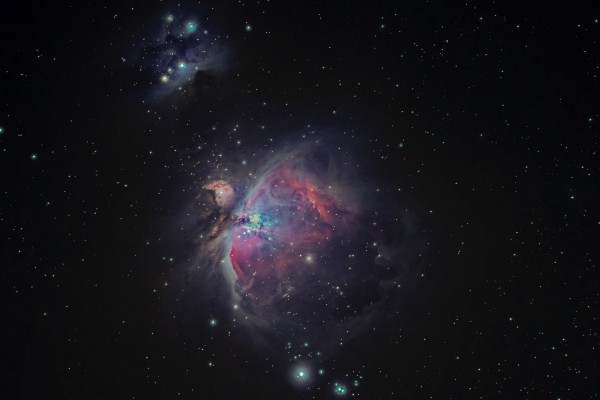 (Photo : Bryan Goff from Unsplash)
Hubble Space Telescope finds a galaxy powered by blackholes. What's the meaning of this?

From what NASA has captured last week, there was strong gravity that surrounds NGC 3254. The supermassive presence of the hollow region is known as the black hole. It involves the movement of planetary debris and other components in space. They endlessly collide as they meet together.

Once a collision happens, they would be broken into pieces. In addition to that, the temperatures will also rise expectedly. The common notion of us about black holes is their ability to disallow any light to escape from its inside.

Of course, this knowledge is true since they could devour all light sources and even its products. Apparently, not only eating light is their prominent capability, but also they could release high energy levels as heat besides light.

According to a report by Mashable SE Asia on Monday, June 21, the image that the Hubble Space Telescope has taken can be seen to be various.

For example, there are infrared and visible light spectrums that would help scientists to observe the real scenario behind the blackhole-lit galaxy. Moreover, an extreme brightness in the core can be witnessed if the other spectrums were involved in the observation.

Exploding Supernova in the Hubble Image

Imagine a galaxy several light-years away from the Earth. With that, you can now envision NGC 3254 to be a distance from a planetary stage full of dust, rocks, and gas. In reality, it was previously used by William Herschel, an astronomer. The event was dated 1785.

From the Hubble image's top center, astronomers spotted a bright blue light that is heading towards the spiral galaxy. That special luminescent body is the 2019 supernova explosion. Since it's nearly 118 million years ago, we are only seeing it at the time.

Now, more activities have been exposed to the discovery. The NGC 2154 is somehow similar to 3254, but it's considered to be a more active galaxy. In terms of the classification involving Seyfert galaxy, the famous Milky Way is not part of it. This special type only houses nearly 10% of the galaxies in space.

Although we assume that there are billions or even trillions of them, we could anticipate that some of them have been powered by huge groups of blackholes.