"Fortnite" Season 7 offers various game missions that players can complete to receive massive amounts of prices and other in-game rewards. Now, the new Chapter 2 offers a unique challenge that requires you to find the so-called Porta-Potty. 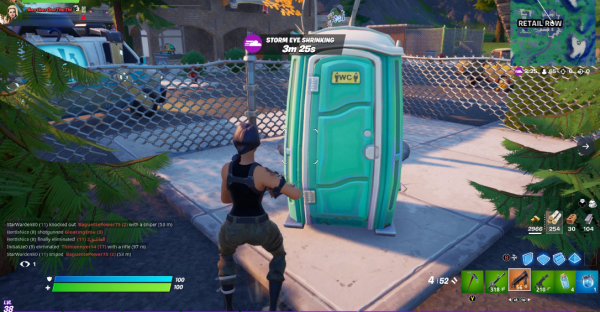 The tree shop in Retail Row is literally copied and pasted from last year. I know this because first, the porta potty is the old one and you can't hide in it, secondly a car that is holding a tree isn't driveable but you can break it like normal props #Fortnite pic.twitter.com/MAHGUhzdxz

Based on its name, this new in-game tool acts like a portal, which could allow you to visit different places in one go. This is a great title update in the popular Battle Royale since all the restrooms in the game don't have this capability.

Because of this, the new Season 7 Chapter 2 Porta-Potty mission is considered one of the most epic challenges released by Epic Games. However, you still need to find its locations before using the Porta-Potty to warp yourself in another location.

Some players, who already complete the new task, confirmed that the locations are all in the Corny Complex.

According to PC Games' latest report, the first Porta-Potty is located inside the big house. It is exactly positioned in the utility room on the ground floor, near the back door of the house. On the other hand, Epic Games also placed some of them in the following locations: 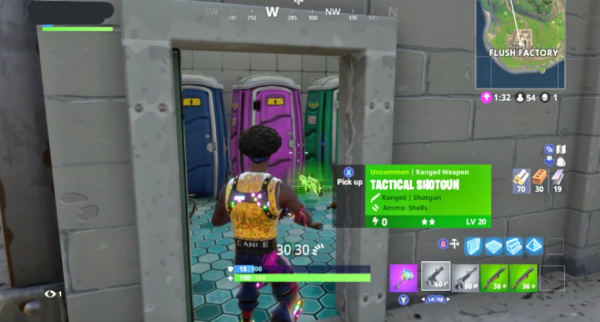 They make the workers use porta potties at a toilet factory??? #Fortnite #FortniteBR pic.twitter.com/vq3QFdO04L

On the other hand, for those who would like to have extra fun when completing the new "Fortnite" Season 7 Chapter 2 Porta-Potty challenge, they can enter the IO headquarters located underneath the red barn.

But, if you want to have it easy, all you need to do is go into the underground entrance, go to the right, and then turn left. You will see Sloane sitting on a chair. After that, you can run towards her and turn right to the arch. If you are lucky enough, Sloane will not hit you with the special pulse fire.

Rewards and Other Details

Euro Gamer reported that once you complete the new Porta-Potty mission, you will receive 30k XP. You can use this to level up and earn more Battle Stars for Season 7's Battle Pass.

However, you still need to finish in the top 10 before you can unlock this new challenge. On the other hand, Epic Games explained that the new Porta-Potties allow you to fast short travel distances to specific locations.

Thanks to these new in-game tools, you can now easily escape other enemies, as well as save more time when going to another area.

For more news updates about "Fortnite" and its upcoming seasons, always keep your tabs open here at TechTimes.