Epic Games Store's Next Free Game Revealed: Should We Be Excited?

Epic Games Store's next free game has just been revealed, and it's something a little different to what gamers are used to these days.

The game in question is "The Spectrum Retreat," which is now free on the store for a week until July 1 at 8:00 a.m. PDT / 11:00 a.m. EDT / 4:00 p.m. BST, reports PCGamesN. You can grab it from the usual promo page on the store before it gets replaced by a new freebie once its free period is up. 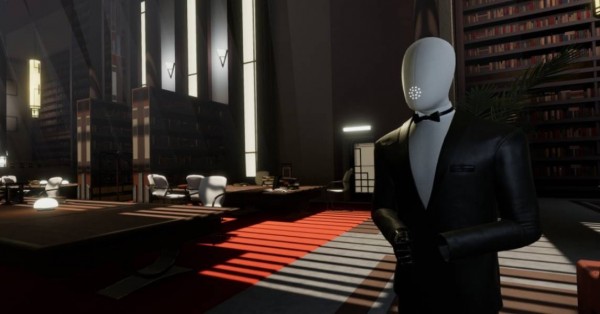 "The Spectrum Retreat" is a first-person, story-driven puzzle game that is quite frankly a refreshing break from all the action-packed first-person shooters and usual AAA fare in the market these days. Developed by Dan Smith Studios, the game was released back in July 2018 to good reviews and is available for the PC, PS4, Xbox One, and Nintendo Switch.

According to the game's page on the Epic Games Store, "The Spectrum Retreat" brings players to a place called the Hotel Pennrose, where they're tasked to solve color-coded puzzles in an attempt to understand why they can never leave. The game is great if you're looking for a way to keep your mind sharp in a fun and engaging way.

The game follows the free release of two games last week: "Sonic Mania" and "Horizon Chase Turbo," both of which are actually still free to download from the store until July 1, as reported by VideoGamesChronicle.

Read also: Epic Games' Voice and Anti-Cheat Services Will Be Free to Developers

Epic Games Store: The New Kid on the Block

With these weekly free games, the Epic Games Store is fast shaping up to be a major competitor in the digital game distribution market, challenging the likes of industry giant Steam. And they did that by paying developers millions of dollars to make sure that they get the rights to host certain games on their storefront.

So far, it looks like their investment is working rather well for them. According to Eurogamer, the store managed to hit the 56 million monthly user mark last December. While it's still not that close to the 120 million monthly users that Steam reported during the same period, it's still an impressive jump, considering that Epic only had 32 million in 2019.

Aside from that, their weekly free game giveaway has also logged even more incredible numbers. Steam does give away free games, but not as often as Epic (and when they do, it's usually great ones), which is one of the main advantages of the Epic Games Store, and the numbers prove it.

According to The Verge, Epic users managed to claim a whopping 749 million copies of free games as of last year. That's on top of the $700 million in total game sales on the same platform, which means that people aren't in the store just for the freebies, too. It also looks like the company won't be slowing down with its tradition anytime soon.

If Epic keeps this up, they might as well overtake Steam in terms of user base in the foreseeable future.

Epic Paid Developers Over $11.6 Million for 38 Games Released for Free