Computer card giant NVIDIA has good news for the fans. The stocks for RTX 3060 GPUs are slowly increasing. The internet cafes are reportedly the first customers of the graphic card maker. Is the global chip shortage coming to its end after this surge of supplies?

NVIDIA RTX 3060 Cards to Come Next Month to Internet Cafes 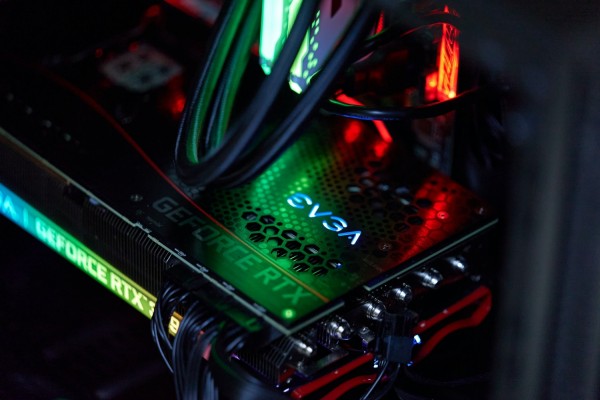 The chip shortage that affects the semiconductor industry continues to happen. Due to the COVID-19 pandemic, people looked for a source of recreation in the form of computers, laptops, and gaming consoles.

The high demand for the cards is good news for the manufacturers, but the concern here is if they could keep up with it. That's what took place in the ongoing tech crisis since many of us prefer to stay at home and rely on electronics. Around July 10, we could expect a "large number of goods" to be delivered to the consumers.

For instance, NVIDIA RTX 3060 cards would serve the customers, but the priority stays on the owners of the internet cafes whom the pandemic has hit. The owners could now pay in advance for the reservation of the graphic cards to keep their businesses alive.

According to Techspot's report on Thursday, June 24, NVIDIA said that the upcoming supplies would move to the retailer shops for mass purchase. It would occur when the internet cafes have ordered their cards.

What Could Cause the 'Dramatic' Shortage of Graphics Cards?

Last year when the pandemic erupted, many computer users looking for a card replacement had a hard time finding an ideal NVIDIA GPU. Since the RTX 3060's launch in February, shortages have ravaged users who want to buy high-end computer hardware.

According to NME's report, some issues such as hoarding of scalpers, a sudden spike of bitcoin value, production issues emerged in 2020. Since then, the tech companies have been coping up with the adjustments in their manufacturing and distribution.

Earlier this June, the increase in the number of cryptocurrency miners has set the trend of the graphic card stock. There were around 700,000 GPUs at that time, which totaled nearly $500 million. The record covered the first months of the year.

Ahead of the Computex 2021 event last May, Lisa Su, the CEO of AMD, said that there should be an improvement that appears to combat the issues in the supplies of the cards in 2021.

Users could gradually feel the allaying supplies for the RTX 3060 GPUs this year. The declining numbers of crypto miners have contributed to NVIDIA's recovery amid the issues. In the next few months, we could purchase our desired card for a reasonable price--without going to the scalpers.

Related Article: NVIDIA RTX 30-Series GPU Restock: Here Are The Retailers Where You Could Buy a GeForce Card