EV Chargers To Be Installed on NYC Curbsides Starting October

EV charging infrastructure is going to get a small but significant upgrade on NYC streets later this year.

TheNextWeb reports that 120 new curbside EV charging stations are going to be installed in all five New York City boroughs starting this October, as a way to encourage New Yorkers further to buy electric vehicles instead of gas ones. All of the chargers are classified as Level 2, which means they provide a higher 240-volt output. 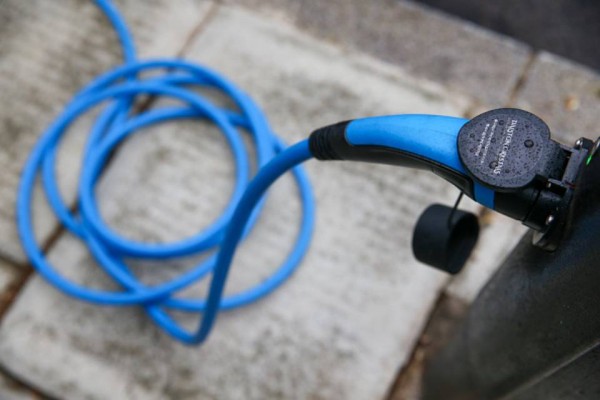 (Photo : Hollie Adams/Bloomberg via Getty Images)
An electric Porsche automobile charging in London, U.K., on Thursday, June 17, 2021. U.K. Chancellor of the Exchequer Rishi Sunak said rising prices are one of his near-term concerns, as U.K. inflation surged unexpectedly past the Bank of Englands target for the first time in almost two years.

The city is partnering with Con Edison for the project, which is called "PlugNYC." In fact, Con Edison provided essential input on where to place the EV chargers. They projected demand based on criteria such as geographical diversity, as well as input from local government officials and community representatives, according to the NYC DOT website.

Charges will be priced by the hour. According to Engadget, charging at the stations will reportedly cost $2.50 during the day and $1 per hour overnight. Once installed, the 120 curbside EV charging stations will represent an 8 percent increase in the number of chargers spread throughout the city, bringing the total to 1,637 chargers overall.

Installing the new EV chargers curbside actually makes a lot of sense because many drivers park their cars on the street due to the city being generally overcrowded. There's also the fact that most electric vehicle charging spots are located inside parking garages, which puts a damper on their accessibility.

It looks like even in a city where owning a car is not a really good idea (traffic in boroughs like Manhattan can be extremely heavy, meaning walking or taking the subway tends to be quicker), electric vehicles are steadily gaining a lot of traction.

With major automakers like Tesla spearheading the EV revolution, a lot of market analysts see a bright future ahead. According to numerous projections, electric vehicle sales are slated to outpace non-EVs by 2033. On the other hand, sales of gas vehicles are projected to go down to as little as below 1%. This is actually earlier than previous predictions, which stated that electric cars will eventually take over the world in 2038.

As a result, a lot of upcoming tech concerning electric cars is being concocted. However, there is one that's particularly interesting: wireless, on-the-road charging. The brainchild of former NASA scientist Khuuram Afridi, wireless charging of electric vehicles on the road will take the EV riding experience to another level because people won't need to stop by a charging station to fill up. They can drive all day, which will shorten trips by a significant margin.

NYC's upcoming curbside EV chargers aren't quite there yet, but it's a start.