Google has confirmed that it will start launching its new medical app, which could outperform professional dermatologists. Although the EU has approved the latest AI application of the search engine giant, the U.S. FDA (Food and Drug Administration) still hasn't approved its use.

In the past few years, Google's popular search engine service has been the main tool of people to check what's wrong with their skin conditions.

And now, the tech giant firm has developed a new AI app that could solve this issue more efficiently than dermatologists.

Back in April, Google conducted a demo to show how its new medical app works. The experiment showed that the service can suggest several possible skin conditions based on uploaded photos.

Google has been pretty busy lately as it releases various innovations. These include its latest Google Messages Font Adjustment feature. On the other hand, the company also announced that it had expanded its Google Fi VPN to iPhone users.

Now, Google is focusing on rolling out its new medical AI app. However, the company hasn't confirmed its release date in the United States since FDA hasn't approved its usage. 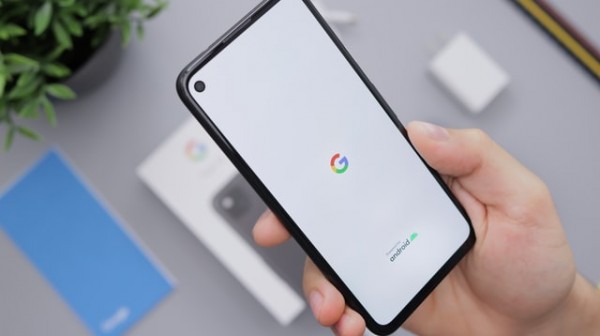 Also Read: Google Third-Party Cookies in Chrome to be Removed in 2023 | Why the Delay?

On the other hand, Ars Technica's explained that the new dermatology app is claimed to outmatch dermatologists.

Although this is the case, Google's new AI app and other similar technologies haven't been approved yet for dermatologists to use in the United States.

After @Google showing off a technology similar to that of @SknVsn now here is a new dermatology app, from Australian smartphone-based medical imaging company Advanced Human Imaging, that can detect 588 common and rare skin conditions in 133 categories.
👉https://t.co/zsuMRR0dUc pic.twitter.com/X1ckhwdp3v

Meanwhile, Google explained that its latest medical works when the user snaps three photos of their blemish from different angles and distances. The user can optionally add information such as the body part affected and how long they've had the problem.

After that, the new medical application will display "Suggested conditions," showing possible conditions illustrated by images.

According to Gizmodo's latest report, Google confirmed that it will soon warn users whenever they are accessing sources that could be unreliable. The search engine giant confirmed this information on Friday, June 25.

The new notification feature will inform the user if the topic they are searching for is still in development. Google explained that the reason behind this is that the topic's results will still change from time to time.

"If this topic is new, it can sometimes take time for results to be added by reliable sources," said Google.