DiDi, China's Version of Uber, Set for One of the Biggest IPOs of the Year: What You Should Know

DiDi, China's version of Uber, is set for one of the biggest IPOs of the year when it begins trading on Wednesday.

The ride-hailing app is seeking to raise nearly $4 billion in its public offering by offering 288 million American depositary shares priced at $13 to $14 each.

The company is planning to list on the New York Stock Exchange under the ticker DIDI, according to MarketWatch. According to the report, DiDi's valuation could soar up $62 billion to $67 billion.

DiDi IPO: What You Should Know

The DiDi IPO is set to become one of the biggest of the year, following second to Coupang's IPO in March. The Coupang IPO raised $4.6 billion for the company.

DiDi: What It Is 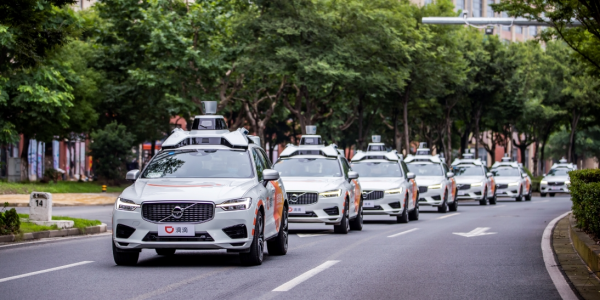 DiDi is a Chinese company focusing on ride-hailing services that was founded in June 2012 by Cheng Wei. According to the company website, these services include taxi and private car-hailing, ridesharing, designated driving, and freight and logistics, among others.

The company is currently headquartered in Beijing.

The company's mission, according to its IPO filing submitted to the Securities and Exchange Commission (SEC), is "to make life better by transforming mobility." In its prospectus, the company talks about building "the future of mobility" in terms of shared mobility, auto solutions, autonomous driving, electric mobility, among others.

Outside of China, the company operates in countries such as Argentina, Australia, Brazil, Japan, Mexico, New Zealand, and South Africa. According to Barron's, DiDi is present in 4,000 locations in 15 countries with more than 493 million active users.

Also Read: Lyft, Ola, Didi Kuaidi And GrabTaxi Are Teaming Up To Take Down Uber

DiDi is seen as one of the strongest competitors of Uber Technologies Inc. worldwide. The IPO will put DiDi right behind Uber at second place in terms of market value, per MarketWatch. It will also increase the company's capitalization to a value more than three times that of another competitor, Lyft Inc.

DiDi and Uber previously engaged in a competitive battle in China that ended with Uber selling its Chinese operations to its rival for $35 billion. The deal eventually became the center of an investigation conducted by the Chinese's government's antitrust body.

According to MarketWatch, DiDi had already sold its Uber shares last year.

The company also invested in Indian ride-hailing app Ola in 2015, which was seen as an effort by DiDi to challenge Uber's place in the market. In 2016, tech giant Apple invested $1 billion in DiDi.

Related Article: Uber Sells China Operations To Rival Didi: Why The Ride-Sharing Company Failed To Conquer China And What It Means For Everyone Else

Lyft, Ola, Didi Kuaidi And GrabTaxi Are Teaming Up To Take Down Uber

Uber Sells China Operations To Rival Didi: Why The Ride-Sharing Company Failed To Conquer China And What It Means For Everyone Else