Industry leaders and long-time collaborators, Intel and Microsoft take the next step by delivering a new experience with the upcoming Windows 11 powered by Intel processors. 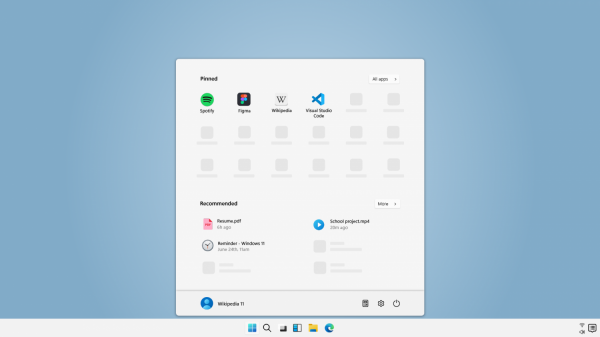 READ ALSO: Jack Kavalieros, Intel's Inventor of the Year, on Innovation: 'There is no Limit'

Windows PCs driven by Intel® CoreTM processors, together with other Intel technologies, are now set to run the new Windows 11 operating system. The new experience will allow people to "collaborate, create, and connect in ways that are meaningful to them." The new experiences from this partnership include:

Additionally, Intel explains in an Intel Newsroom release that the latest Bridge Technology is a runtime post-compilers that allows apps to run natively on supported x86-based devices, including applications on Windows. With its multi-architecture XPU strategy, Intel successfully creates the right units for the right application with its combination of CPU cores, graphics processing technology, AI accelerators, and more in a single, verified solution.

The newest operating system from Microsoft, Windows 11, is expected to be the successor to the Windows 10 originally released six years ago in 2015. It was officially announced in its very own Livestream Event held last June 24, with Microsoft CEO Satya Nadella assuring everyone that the new OS would start a new era for the popular PC system.

Sure enough, the Windows 11 platform immediately presents the new improvements over its successor, such as updates that are as much as 40 percent small and having improved security capabilities. Also, what was formerly known as the taskbar is now called the "dock," and has been optimized for both mouse and touch screen input.

Placing value on multitasking in the Information Age, Windows 11 also offers a new feature called Snap Layouts, an improvement from the Windows 10 Snap feature - this new feature now allows multiple windows arranged in rows, columns, sections, and more without having to manually resize each of them. This also comes with Snap Groups: previously snapped windows from the dock can be recalled.

Jack Kavalieros, Intel's Inventor of the Year, on Innovation: 'There is no Limit'