Russia's Soyuz rocket finally launched the country's crucial cargo to the International Space Station (ISS). The Soyuz 2.1a rocket sent the Progress MS-17 capsule, which contains the essential supplies, to space at around 7:00 p.m. EDT this Tuesday, June 29. 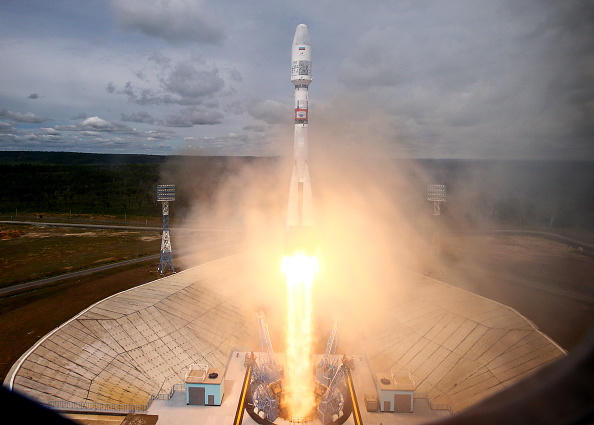 (Photo : Photo by Valery Sharifulin\TASS via Getty Images)
A Soyuz-2.1b rocket booster with a Fregat upper stage carrying a Meteor-M 2-2 weather satellite and 32 secondary payload spacecraft blasts off from a launch pad at the Vostochny Cosmodrome. Valery Sharifulin/TASS

Russia's rocket took off from the Baikonur cosmodrome in Kazakhstan. Roscosmos State Corporation for Space Activities (Roscosmos) announced that since the latest space activity was successful, Russia's spacecraft could place the capsule into orbit around nine minutes after launch.

On the other hand, Russia stated that its rocket capsule contains 40 kg of air and oxygen, 470 kg of fuel, as well as 1,500 kg of essential tools, such as clothes and food. Aside from this, Russia's Progress MS-17 capsule also brings 420 liters of drinking water for astronauts, who are currently stationed in the ISS. 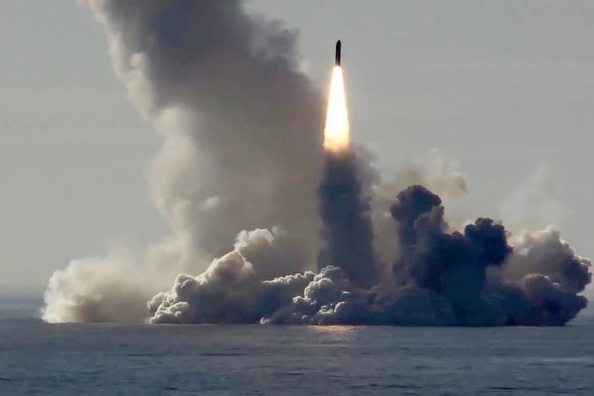 (Photo : Photo by TASS\TASS via Getty Images)
Pictured in this screen grab is a Bulava missile launched by the Russian Navy Northern Fleet's Project 955 Borei nuclear missile cruiser submarine Yuri Dolgoruky from the White Sea in north-west Russia at the Kura testing grounds on Kamchatka Peninsula on Russia's Pacific coast during a military drill. Screen grab/Ministry of Defence of the Russian Federation/TASS

Russia's Progress MS-17 capsule is expected to connect with ISS this coming Thursday night, July 1. On the other hand, the latest launch of the Soyuz rocket marked the country's second crucial launch this 2021.

Aside from this, it also serves as the fourth uncrewed mission overall to the International Space Station, the 60th orbital launch attempt, as well as the 54th launch of a Soyuz 2.1a spacecraft.

As of the moment, ISS represents around 20 years of international cooperation in space between different countries. These include Russia, the United States, and other nations.

Other Launches Of Russia's Soyuz Rocket

For more news updates about Russia's Soyuz rocket and other space activities, always keep your tabs open here at TechTimes.